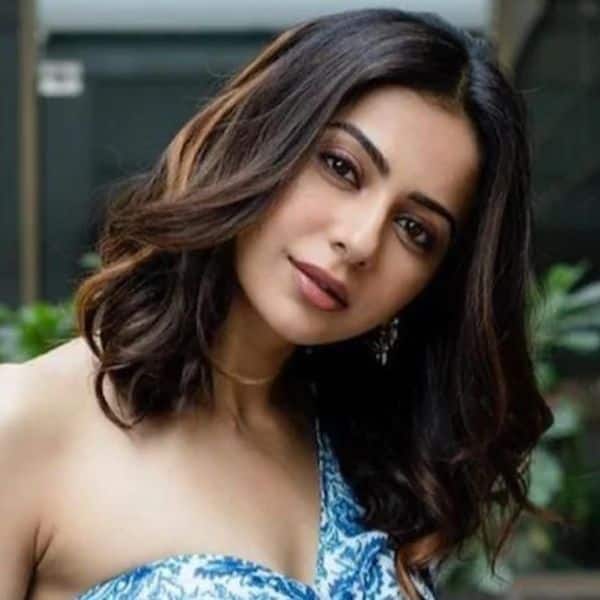 Rakul Preet Singh appeared before the NCB officials on Friday, after her name cropped up in the investigation. The actress was summoned for her WhatsApp chat with Rhea Chakraborty. They were talking about ‘doob’. Rakul revealed that it was just a rolled tobacco. As per a report in Mumbai Mirror, the Narcotics Control Bureau officials who are looking into drug links in the case questioned Rakul in relation to her chats with Rhea Chakraborty. “In the course of our investigation in the Rhea Chakraborty matter, we came across a WhatsApp conversation between her and Rakul Preet Singh in which Rhea asked Rakul Preet whether she had doob and Rakul Preet replied saying it was at her house,” the portal said, quoting an NCB officer. The NCB thought they were talking about marijuana. However, she clarified the same. Rakul Preet reportedly confessed to storing drugs on Rhea’s behest. Also Read – NCB seizes mobile phones of Deepika Padukone, Shraddha Kapoor, Sara Ali Khan and others in Bollywood drug case: Reports

Today, Deepika Padukone reached the NCB quarters around 10 am. She had been summoned for her chats in which she could be seen asking for hash. These chats allegedly took place between her and her manager, Karishma Prakash. The latter has been summoned by the NCB officials as well. Another aspect that the NCB will probe could be the video from last year’s party at Karan Johar’s residence that is going viral yet again. Manjinder Singh Sirsa had claimed that they were taking drugs. Karan Johar had denied it back then and released a statement yesterday, denying it yet again. Also Read – Sushant Singh Rajput case: Shraddha Kapoor tells NCB that her Chhichhore costar consumed drugs in his vanity van; reports

After Deepika, Shraddha Kapoor reached the NCB guest house around 12 noon. She has summoned for her link to visiting Sushant Singh Rajput’s Pawna lakehouse. The boatman has recognised her and also alleged that they were consuming drugs. It was during the time of Chhichhore. Shraddha worked with Sushant in the film. Sara Ali Khan reached the NCB guest house around 1-1:15 pm today. Sara’s name cropped up when Rhea alleged that Sushant was into drugs even before he met her. She had went on to say that Sushant took drugs during Kedarnath and a little before that as well. While Shraddha was in town, Deepika and Sara who were in Goa (not together) reached Mumbai on Thursday. Rhea Chakraborty is in police custody. Her bail application has been denied repetitively. Also Read – Kshitij Ravi Prasad arrested by NCB officials in the Bollywood drug link case

Let’s see what unfolds after these actresses are questioned.