Who Has Reaper Death Seal? All You Need To Know About The Reaper 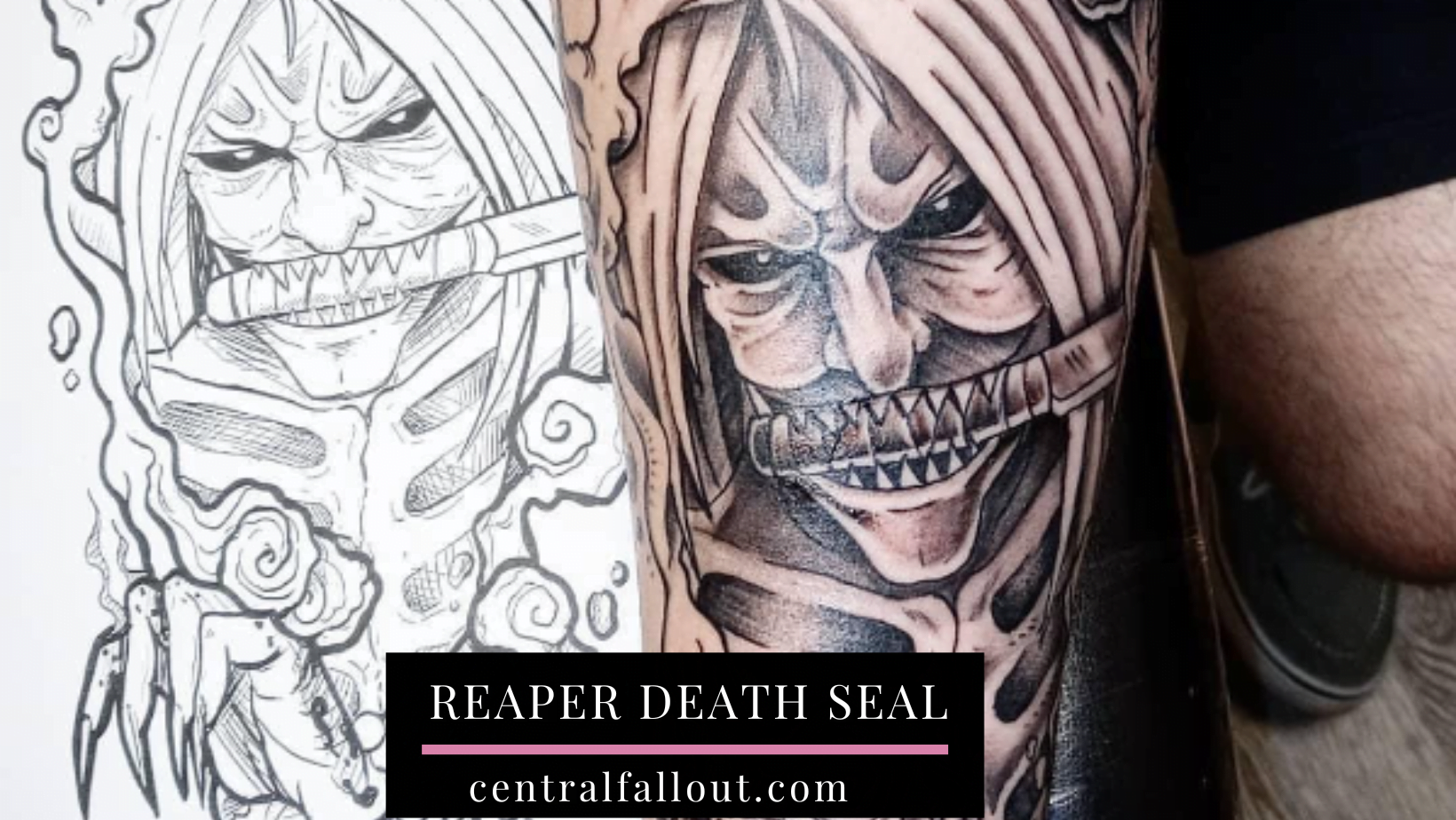 Reaper Death Seal: Shinigami aren’t just seen in shows like Bleach and Death Note. Naruto’s God of Death also played a big part in the story.In Naruto, the Shinigami is usually called when Reaper Death Seal is used, which is against the rules. It was first seen in Naruto, when Hiruzen Sarutobi, the Third Hokage, used it to seal off Orochimaru’s arms as he was dying.

The Shinigami in Naruto is nothing like the zombie rock star from Death Note or the grim reapers from Bleach who use Zanpakutou.

In fact, it might look a little bit like Kaguya, since it has a white robe and horns. This shows that this is probably how most people in the Shinobi world think of gods. As has been said before, the Shinigami only shows up when it is called upon during the Reaper Death Seal, which is a forbidden sealing technique of the Uzumaki clan, and when a Reanimation ritual is being done.

Who has the Seal of the Reaper?

Reaper Death Seal Jutsu is a dangerous but powerful Sealing Jutsu that costs the life of the person who uses it. This Jutsu is only used twice in the anime. The first time was by Minato Namikaze, and the second time was by Hiruzen Sarutobi.

To get rid of the Nine-Tails, Minato sealed himself and half of Kyuubi inside of the Shinigami. To stop Orochimaru, Hiruzen Sarutobi called on the God of Death and sealed Orochimaru’s jutsu-casting arms with his own soul. The Second Hokage, Tobirama Senju, came up with the Reanimation Jutsu, or Edo Tensei, which also uses the Shinigami.

Orochimaru shows later that the Death God has to take over the body of the person casting the spell and cut his stomach open so that the souls of the people the person wants to bring back to life can spill out.
But the person whose body is taken over by the Death God ends up being killed.

It’s kind of funny that Orochimaru called the Shinigami back and used a Reanimation ritual to bring back the Third Hokage, Minato, and the First and Second Hokages.

What is the seal of the Death Reaper?

For the Reaper Death Seal to work, a person’s soul has to be sealed in the Shinigami’s stomach. But the person who uses this jutsu must also give their own soul to the Shinigami. To get rid of the Nine-Tails, Minato sealed himself and half of Kyuubi inside of the Shinigami.

Why did Minato use the Seal of the Reaper to kill?

Minato used Shiki Fuujin to seal the more evil and dangerous part of Kyuubi into himself. He probably did this because he thought no one could figure out how to open the seal.

Is reaper death seal a jutsu that you can’t use?

The Uzumaki Clan of Uzushiogakure came up with the Reaper Death Seal, which is a type of Forbidden Jutsu. This technique could be one of the strongest known sealing Jutsu in the entire Naruto series. Minato was the first person to do it. He sealed the Nine-tails with it.

👹Reaper Death Seal 💀by @vinny.tattoos Vinny is our Jr Artists and is only taking on select Projects! Call with inquires 7804885070https://t.co/wpxw5rWs3d pic.twitter.com/ae13gW55sg

After the hand seals are done, the user’s soul is partially separated from their body and hangs behind them. The Shinigami appears behind their soul and holds it back with its hair. At this point, only the person who called them can see them.

Eventually, the Shinigami wraps its left arm in prayer beads and chants incomprehensibly until a cursed seal appears on its arm. Then, it drives its arm into the soul of the summoner, which lets the summoner call on the Shinigami to seal a target.

The technique can be used either up close, where the target is stunned while their soul is taken, or from a farther distance. The Shinigami’s arm comes out of the summoner’s body and grabs the target’s soul, so that the target can also see the Shinigami.

Once the target’s soul is in the summoner’s hands, the summoner can take the soul out of the target and seal it in their own body. By combining this technique with the Shadow Clone Technique, Hiruzen was able to seal more than one soul.

The sealing isn’t always complete or automatic, though. For example, when Hiruzen used it on Orochimaru, he had to use his own strength to get Orochimaru’s soul out. Because he didn’t have the power to do that, he only sealed Orochimaru’s arms.