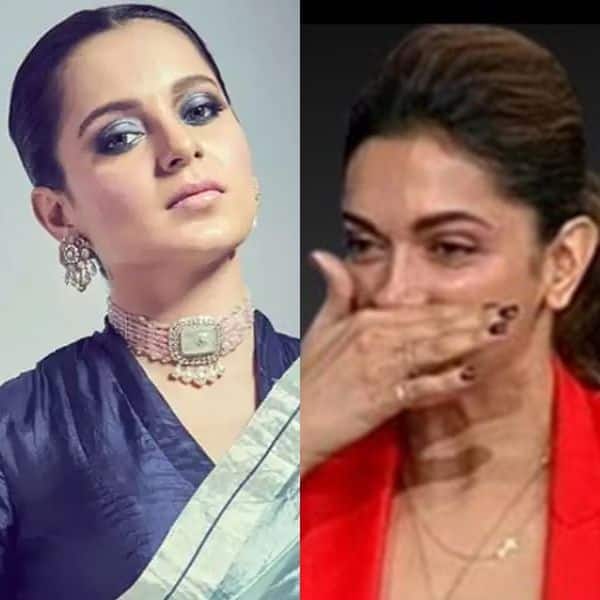 A couple of minutes ago, a big expose in the Bollywood drug nexus found its link to Deepika Padukone. The chats of Jaya Saha had been accessed in two people are reportedly discussing drugs. Jaya has been accused of providing drugs to Sushant Singh Rajput at Rhea Chakraborty’s behest. A Times Now report claims that certain chats with names of D and K which are reportedly said to be of Deepika Padukone and KWAN talent management company’s employee, Karishma have exposed the A-lister along with many others. As soon as Deepika’s name was linked, Kangana Ranaut who had been on an expose free took a jibe at the actress with her quote, “Repeat After Me” saying that they ask for ‘maal’ from their managers. Also Read – ‘Repeat after me,’ Kangana Ranaut takes a jibe at Deepika Padukone being linked in Bollywood drug nexus – view tweet

“Repeat after me, depression is a consequence of drug abuse. So called high society rich star children who claim to be classy and have a good upbringing ask their manager ,” MAAL HAI KYA?” #boycottBollywoodDruggies #DeepikaPadukone,” Kangana tweeted as soon as the news broke out. Have a dekko at her tweet here: Also Read – Deepika Padukone linked to Bollywood drug nexus: Reports

Repeat after me, depression is a consequence of drug abuse. So called high society rich star children who claim to be classy and have a good upbringing ask their manager ,” MAAL HAI KYA?” #boycottBollywoodDruggies #DeepikaPadukone https://t.co/o9OZ7dUsfG

The series of Jaya’s chats that were accessed saw the named individuals talking about drugs. D asks for Hash from K who later says she’ll ask from a guy named Amit. D clarifies that she wants ‘Hash’ and not ‘weed’. The reported chat took place in 2017. It is being reported that Shraddha Kapoor and Sara Ali Khan are already under the scanner of the NCB. Last year, Karan Johar had recorded a video of a party in which we can see Deepika Padukone, Malaika Arora, Ranbir Kapoor, Vicky Kaushal and others. The video had been under scanner previously as well. Also Read – Deepika Padukone on growing up as a badminton champ’s daughter: No late nights, no TV, no movies

At the moment, a reaction from Deepika Padukone is much awaited by the masses. It is being said that she will seek legal advice before making any statements. Meanwhile, Kangana has been busting the Bollywood celebs and had asked Ranveer Singh, Ranbir Kapoor and Vicky Kaushal to take drug tests. She herself offered to take medical tests for the same when she arrived in Mumbai. Kangana had been on a drug-cleanup drive since the drug angle was reported in Sushant Singh Rajput’s case.