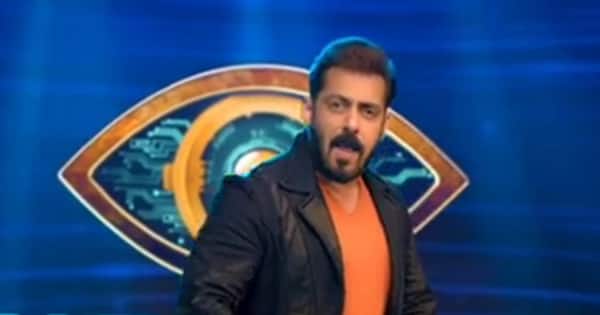 After months of speculations and probable contestants list, Salman Khan has finally treated his fans with the first promo of his upcoming controversial reality TV show, Bigg Boss. This season, the show will first stream on digital platform VOOT with Bigg Boss OTT, six weeks ahead of its television run. Also Read – Is Kuch Rang Pyaar Ke Aise Bhi 3 actor Gavie Chahal going to be a part of Bigg Boss 15? Here’s what he has to say

In the promo, Salman can be seen bursting with joy has he declares and warns the audience to gear up for the upcoming season. He is heard saying, “Is baar ka Bigg Boss, itna crazy, itna over-the-top, TV par ban ho jayega..” Also Read – Bigg Boss 15: After Sidharth Shukla and Shehnaaz Gill, these two Bollywood directors being considered to host the OTT version?

“It’s great that this season of Bigg Boss will have a digital first with ‘Bigg Boss OTT’, six weeks ahead of television. The platform will see unparalleled interactivity where the audience will not only get entertained but also participate, engage, give tasks and more – It is truly for the people and by the people,” Salman said. Also Read – Trending TV news today: Arjun Bijlani confirms being approached for Bigg Boss 15, Aditya Srivastava aka Inspector Abhijeet on CID’s return and more

The actor, who has been a part of the show as a host for over a decade, shared advice for all the contestants who will be seen in the show. He added, “My advice to all contestants is to be active, entertaining and conduct themselves well in the BB house.”

Salman also shared that he will be seen hosting on television. It is speculated that the digital version will have a different host, however no confirmation has been made.

The digital version of the show will air on Voot from August 8 onwards.

How To Get Rid of Dandruff Naturally – 9 Home Remedies

Cold, wet and windy weather ahead for Sydney could pose added risk in Covid...