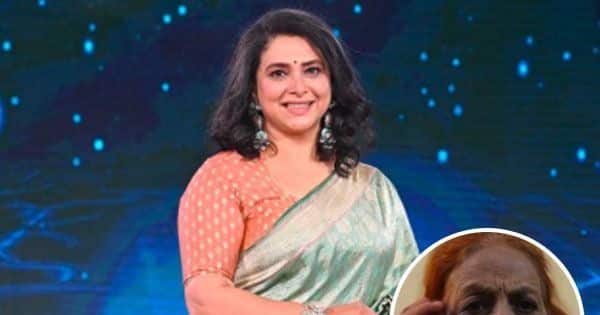 Nadiya Ke Paar actress Savita Bajaj is in a bad condition. As of now, she is in a city hospital on oxygen support. It seems she complained of breathlessness and it was Nupur Alankar who insisted that she took medical help. The lady is 97 years old. After hearing about her plight, people from the industry came forward with donations. But it looks like the amount is not enough. Nupoor Alankar told TOI, “Supriya Pilgaonkar has come forward and helped and some committee members of CINTAA too have pitched in so that we can pay some portion of the hospital.” It seems some media people had landed up at the hospital to interview Savita Bajaj, which led to her condition aggravating even further due to stress. Also Read – Kuch Rang Pyaar Ke Aise Bhi 3 star Erica Fernandes is the perfect combination of sass and sexy and these pictures are proof

Supriya Pilgaonkar has come forward to help the lady. As we know, Sachin Pilgaonkar was the hero of the movie Nadiya Ke Paar that released in 1982. He said in an interview that CINTAA and IMPPA should make provisions to help actors and technicians financially as the job is quite unpredictable. He said it not important to be a CINTAA member to seek assistance. He also said that artistes should concentrate on savings as this is unreliable field. Also Read – Kuch Rang Pyaar Ke Aise Bhi 3: Shaheer Sheikh REVEALS he was surprised with the twists brought in the show this season

He also said that financial prudence is something actors should exercise from a young age. He gave examples of AK Hangal and Bharat Bhushan when talking about this issue. It seems she had COVID-19 and spent 22 days in the hospital. Some days back, Nupoor Alankar told Indian Express, “The last few months, I had been in constant touch with her and hence she developed an emotional bond. As of now, I am trying my best to be around her. However, she needs immediate funds as the hospital might discharge her if we cannot pay them.” Some days back, we saw how Shagufta Ali got monetary help from Madhuri Dixit Nene. Also Read – Shaheer Sheikh with Erica Fernandes in Kuch Rang Pyaar Ke Aise Bhi 3 or Ankita Lokhande in Pavitra Rishta 2.0? Vote for your favourite pair

When did your city win its last pro sports championship?

Vijay Deverakonda likely to collaborate with Anushka Shetty and Naveen Polishetty for a film,...