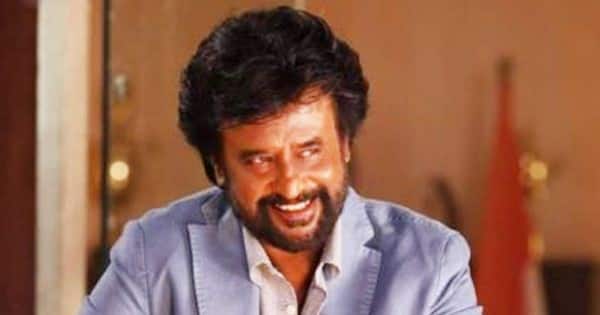 The Thalaivar of the entertainment industry, Rajinikanth is currently in Kolkata, where he is shooting for the final schedule of his upcoming biggie Annaatthe. While fans are waiting to see this mass actioner on the silver screen, the latest reports suggest that the Darbar actor has signed the next film of AGS Entertainment, which will be directed by Desingu Periyasamy. The reports further say that the makers are in talks with Deepika Padukone for the female lead. Well, Rajini and DP have earlier collaborated for Kochadaiyaan but in their motion capture avatar. Well, we hope this news comes true as it will be a huge treat for the fans. Also Read – From Shah Rukh Khan to Salman Khan: 7 Bollywood celebrities who found a place in Sanjay Dutt’s bad books

Talking about Rajinikanth’s Annaatthe, it is set to hit screens during Diwali weekend this year. The mass actioner also stars Keerthy Suresh, Khushboo, Nayanthara, Jagapathi Babu and Meena in pivotal roles. It is directed by Siva, who is known for helming blockbusters like Vedalam, Viswasam, Veeram and others. It is produced under the banner of Sun Pictures. Also Read – Inside pictures of Raj Kundra and Shilpa Shetty’s luxurious seaside ‘Kinara’ bungalow worth Rs 100 crore proves they loved to live grand

On the other hand, Deepika Padukone will be next seen in Pathan. The espionage thriller also features John Abraham (playing the lead antagonist) and Shah Rukh Khan (RAW agent) in pivotal roles. The film is directed by Bang Bang, War, Bachna Ae Haseeno, Anjaana Anjaani helmer Siddharth Anand and will hit the screens in 2022. The music of the espionage thriller is given by Vishal-Shekhar and will also have a special cameo of Salman Khan as RAW agent Tiger. It is produced under the banner of Yash Raj Films. Also Read – Verdict Out! Fans want THIS Bollywood actor to step into Suriya’s shoes in the Bollywood remake of Soorarai Pottru – view POLL RESULT

So, what are your thoughts on Rajinikanth romancing Deepika Padukone in his reportedly next? Tweet to us @bollywood_life.

Parts of Australia under new Covid lockdown after cases of Delta variant | Australia...

Dike Breaks in the Netherlands