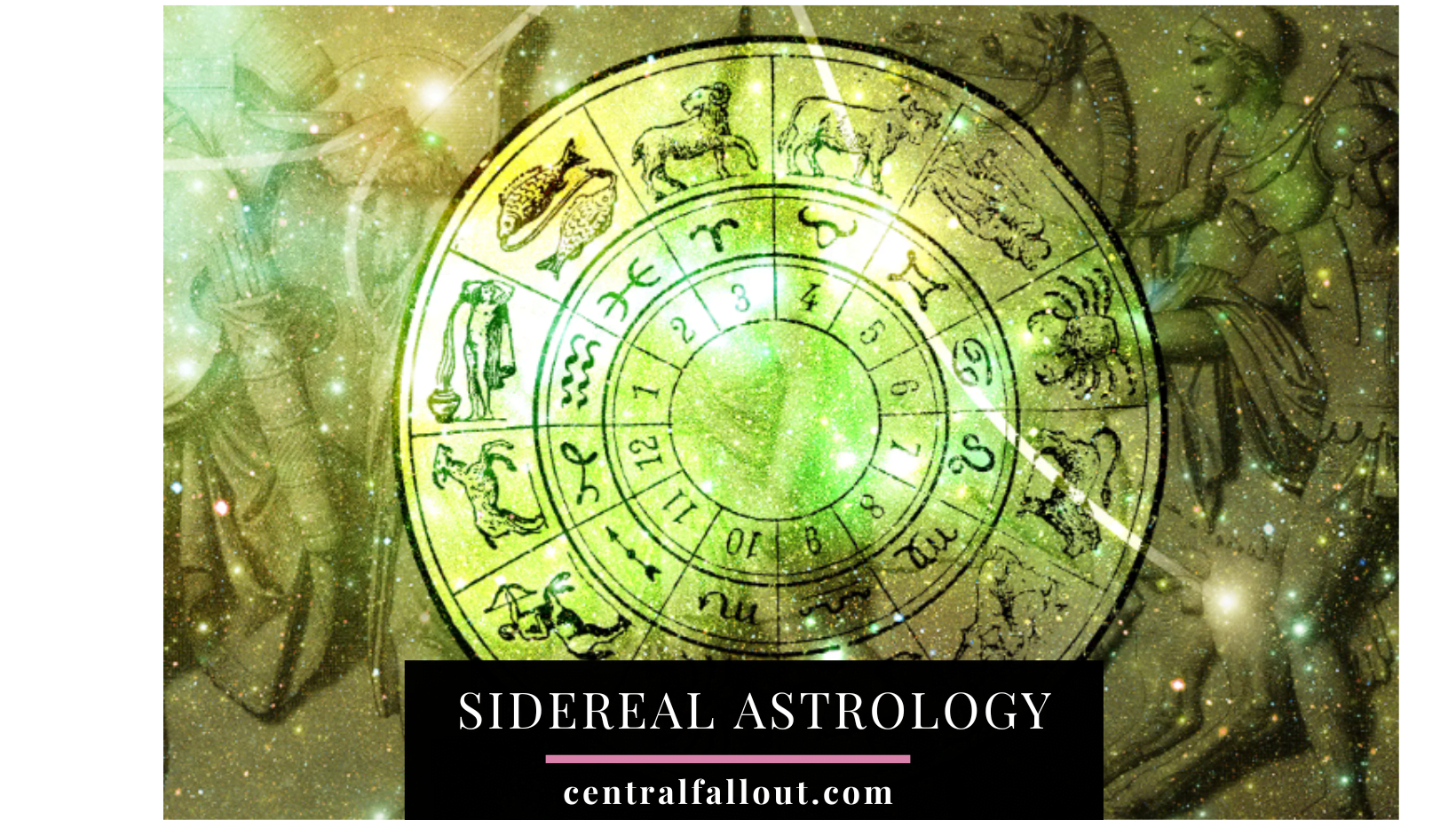 Sidereal Astrology: The Western Astrology is the mainstream type of astrology. It uses the Tropical Zodiac which has twelve signs that are constant and that focuses on the Sun signs and their relationship with Earth.

These systems of Astrology differ in many ways. But, the most obvious difference is in the measurement of time and dates for each of the twelve signs. Follow centralfallout to get updated.

What is Sidereal Astrology?

Sidereal astrology recognizes that the Earth is on a tilted axis. This further contributes to the change in distance between the stars, and Earth. Sidereal Zodiac uses corrective equations or systems known as “ayanamsas” to determine each sign’s exact position.

Different astrologers might use different ayanamsas. However, the Lahiri ayanamsa is the most popular. This system recognizes an apparent backward motion of fixed stars of approximately 1 degree every 72 year from the Earth’s perspective.

Sidereal Astrology, like Vedic, uses these movements to determine their fates.

The constellations and planets that were present at your birth were in a specific place. In Vedic Astrology, the karmas or souls of the planets play an important role in your present, future, and past lives.

Your natal chart shows you the exact positions of all planets at the time you were born. Your chart will also give you information about your life and future possibilities, as well as the dates these events might occur.

Sidereal Zodiac is found in both Vedic and Burmese astrology.

What is the Tropical Zodiac?

This system does not take into consideration the constant tilt change of the earth, called “The Precession of the Equinoxes” and is not based solely on fixed stars.

The Sun, which is visible in the sky at the time, is not in Aries but in the previous sign Pisces. The tropical zodiac does not depend on the astronomical positions of the constellations. It is instead based upon the Earth’s orientation to the Sun.

The dates of the Sidereal Zodiac can change over time but the Tropical Zodiac doesn’t. Because the Tropical Zodiac uses the Vernal Equinox at zero degrees in the Aries constellation as its starting point and defines the rest of signs according to it, this is why this system does not change.

Tropical Astrology doesn’t use any ayanamsas, or any equivalent, to account for precession of the equinoxes.

The Tropical system of Astrology is therefore based on a fixed map showing where the stars were at the time that Western astrology was founded around 3,000 years ago. Sidereal Astrology, however, follows the current positions of the stars.

This is why the Tropical Zodiac dates and signs do not change. The Tropical Zodiac is therefore more focused on the present and future. This type of astrology focuses on our core values and sensibilities, and attempts to explain how and why we respond to the world around.

When determining your birth chart, it is important to remember that both Western and Vedic Astrology are valid systems. Some people prefer one system to the other.

Sidereal Astrology is not without its faults. The constellations don’t align with the zodiac meanings and the Sidereal Zodiac has no definitive date chart. The different ayanamsas are used to indicate that different astrologers have different definitions of the Zodiac’s beginning.

The Tropical system of Astrology uses twelve signs. However, some sidereal systems contain thirteen signs. These are the twelve zodiac houses that we love and know, plus Ophiuchus.

1995 added Ophiuchus to the sidereal system.

First-century astronomers didn’t include Ophiuchus in the Zodiac. Ophiuchus is now more prominent than ever, according to some astrologers.

The Ophiuchus is not a sign of the Zodiac. This decision is up to you. Although it is completely absent from the Tropical Zodiac’s, Vedic astrology does not include Ophiuchus in their sidereal system.

Ophiuchus isn’t the first constellation to be omitted from the Zodiac. Although it was always there, astrologists didn’t believe that it had any influence on astrology.

Ophiuchus practises constellational astrology. Other sidereal loyalists may also add it to their chart.

Astrology is a science that does not have any right or wrong, which is a good thing.

Sidereal Astrology can be a better option if you feel that Tropical Astrology is outdated or inaccurate. You can include Ophiuchus in your birth chart if you are a fan of its traits.

You can also stick to the Tropical Zodiac if you find the sidereal system confusing or interfering with your astrology practice.

The remaining zodiac signs are tropical. Although their dates differ, the personality traits associated with each sign are similar.

What does a Sidereal Birth Chart tell you?

Any birth chart has three components: houses, signs, or planets.

Your house represents the most important areas of your life. Your house could be associated with inner peace or connectedness. It could also be related to transparency, healing and the depths of life.

Signs represent your life’s qualities. This could be expressing yourself through creativity and playfulness as well as sharing your unique personality with others. It could also mean creating a legacy by perseverance, discipline, patience, or patience.

Planets represent life and personality changes. Mercury, for example, is a symbol of interactive learning. Mars is about self-determined action. Saturn relates to developing structure.

You should also consider your sun, moon and ascendent when you examine your birth chart.

Sun and moon represent your personality. The sun is your expressive, outwardly-focused side. The moon is your inner, reflectively focused side.

Your ascendent is a representation of the characteristics you are developing through your life experiences. It is combined with your chart ruler and tells you how your life will unfold.

You can search for your birth date, time, and place on a variety of websites.

Who Is Georgia Maloney? Bio & More About