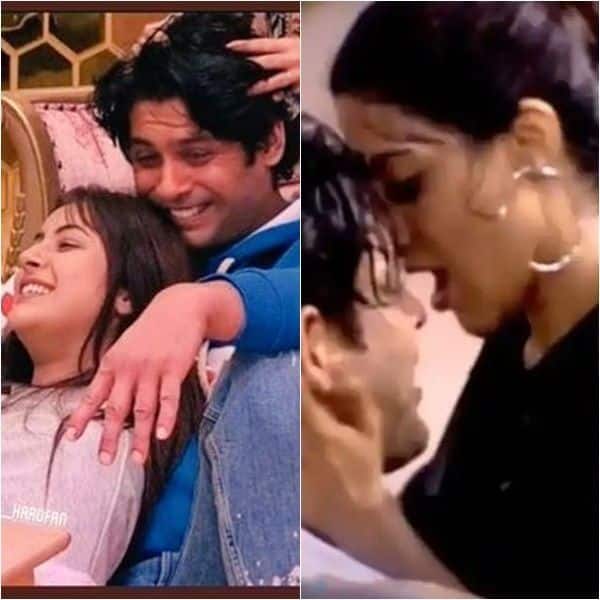 A year has passed but still the craze among Sidharth Shukla and Shehnaaz Gill fans refuses to die down. Last year, on this day, when Sidharth and Shehnaaz had gotten close to each other, their fans had given them the term SidNaaz which has now become immensely popular on social media. The term emerged as one of the most trending hashtags and it got a separate fan base for it. But when Sidharth was seen flirting with Bigg Boss 14 Nikki Tamboli, angry SidNaaz fans started slamming Sidharth for cheating on Shehnaaz. The trolling didn’t go down well with Sidharth’s fans who then began trending a new hashtag called #SidNaazIsACurseForSid. Also Read – Bigg Boss 14: ‘SidNaaz is a curse for Sid’ trends after Sidharth Shukla flirts with Nikki Tamboli

In the last night’s episode, Sidharth and Nikki were seen flirting with each other. During his conversation with Gauahar and Jasmin Bhasin, Sidharth pointed at Nikki and said that she is the kind of girl he wants in his life. To which, Nikki replied saying Sidharth is a marriage material. Sidharth kept teasing Nikki saying, “Nikki jaa rahi hai, mujhe aana hai.” Gauahar also tells Sidharth that Nikki will fall in love with him. To which, Sidharth says that she loves him and he loves her too and starts singing, “Khullam khulla pyaar karenge hum dono.” When Gauahar asks Nikki how much she loves Sidharth, she says ‘a lot’ and replies to Jasmin that she will marry Sidharth. Also Read – Bigg Boss 14: Throwback to when Sara Ali Khan was bowled over by the ‘most handsome sardar’, Shehzad Deol — view pics

The main purpose of this said hashtag trend was to criticise the fans of SidNaaz who are trying to pull down Sidharth. In a hard-hitting response to SidNaaz fans, hardcore Sidharth fans started trolling Shehnaaz by saying nasty things about her. People also started sharing photos of Shehnaaz kissing and hugging other guys in the Bigg Boss house in order to defend Sidharth who flirted with Nikki. Also Read – Bigg Boss 14: Sara Gurpal’s HOT pics are in stark contrast to her in-house personality — view pics

KARMA PLZ WHACK THESE HORMONAL FREAKS SO HARD..
That they disappear from Sids life !!!

SIDNAAZ IS A CURSE FOR SID https://t.co/6NrsV0QO32

So when the mud-slinging started getting dirty, the fans of SidNaaz decided to let their guard down after they saw a conversation between Hina Khan and Sidharth Shukla. In the video Sidharth said that he misses Shehnaaz in the house as she was the only one who he had an emotional bond with.

Hinq: So did u meet anybody after getting out of the house or any get together

Sid : I haven’t met anybody I have been just in touch with one

Hina: other than that

They began trending another hashtag called #SafarSidNaazKa which was to celebrate the first anniversary of the term SidNaaz. Several lovey-dovey photos and videos of Sidharth and Shehnaaz surfaced online and made their fans fall in love with them all over again.

We SidNaazians Are Not Made #SafarSidNaazKa ,
It Was Made By Them.. We Are In Love With Their Bond.. Bond Unki Hai Wo Nivayenge Vii..
Jin Logone Bohot Galat Kiye SidNaazians Ko Todne Ko , God Is Watching All Of Us.. pic.twitter.com/Hl4VhrPgRA

This 1 year has been Rollercoaster Ride filled with happiness, love, sleepless nights, hard times made it all worth today,they are receiving so much love and will always be. We’ll always thank you for giving us such beautiful Memories FOR LIFE#SafarSidNaazKa pic.twitter.com/awic9XUGOU

Earlier, it was being said that Shehnaaz will also follow Sidharth Shukla into the Bigg Boss 14 house. It was reported that the makers of the show have approached Shehnaaz for a special appearance. It remains to be seen if Shehnaaz will enter the show in the days to come and once again rekindle her love with Sidharth.