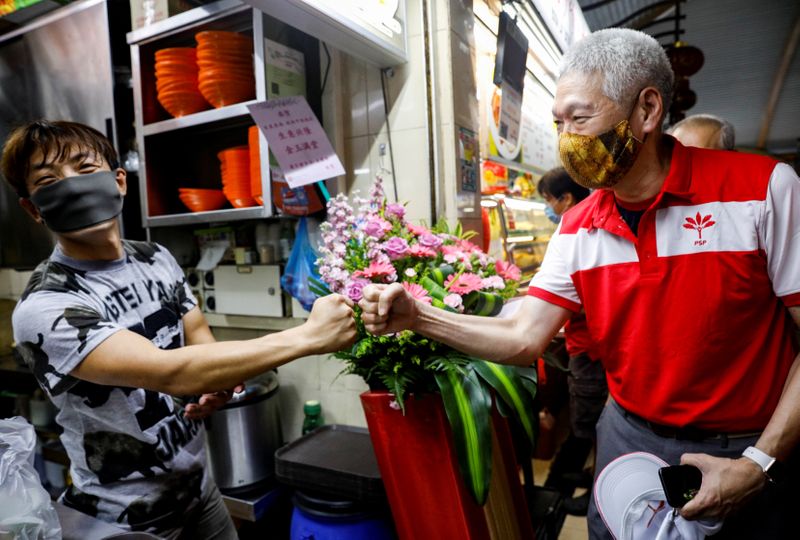 © Reuters. FILE PHOTO: Lee Hsien Yang of the Progress Singapore Party (PSP) greets a hawker during a walkabout ahead of the general election in Singapore

SINGAPORE (Reuters) – The Singapore Prime Minister’s brother will not contest the July 10 election, a party source said on Tuesday, after the deadline for nominations.

Successful candidates will be announced at 1230 local (0430GMT).

Lee Hsien Yang, who has been embroiled in a bitter family dispute with Prime Minister Lee Hsien Loong, last week joined the opposition to the party his father, Lee Kuan Yew, led through the city-state’s independence and rise as a nation.

CDC says U.S. has ‘way too much virus’ to control pandemic as cases surge across country

© Reuters. FILE PHOTO: A smartphone with the Huawei and 5G network logo is seen on a PC motherboard in