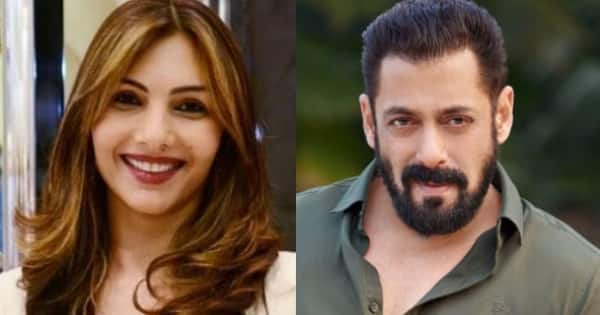 Somy Ali in her recent interview opened up on why her debut with former flame and superstar Salman Khan did not happen. The actress quit her acting career in Bollywood quite early on. However, Somy Ali reveals that she is happy with the humanitarian work. The actress had grabbed attention for being in a relationship with Salman Khan. However, the two parted ways in 1999. Now, in a recent interview with ETimes, Somy Ali revealed how her shelved debut with the Tiger 3 actor is a metaphor for their relationship. She also revealed whether she is in touch with Salman Khan or any others co-stars/ friends from the industry. Also Read – TOO HOT! Sayani Gupta sets internet on fire with her sensuous moves in a hot pant and see-through top; gets thumbs up from fans – watch video

Talking about her debut with the Antim actor, Somy told the portal, “Salman had just begun his home production and was looking for a leading lady to star opposite him in the film called ‘Buland’. We went to Kathmandu to shoot; unfortunately, I was too young and new in the industry and there was some problem with the producers and the film was shelved. So it was a metaphor for our relationship I would say.” Also Read – Rahul Vaidya-Disha Parmar, Shehnaaz Gill, Mouni Roy and more – Check out the TV Instagrammers of the week

Furthermore, Somy Ali revealed that she hasn’t been in touch with Salman Khan for the last five years. She said, “I have not spoken to Salman in five years. I think it is healthy to move on. I have moved on and he has moved on too. I don’t know how many girlfriends he has had since I left in December 1999. I wish him all the best. I know his NGO is doing brilliant work and I am proud of his Being Human Foundation. Psychologically, it is healthier for me to not be in touch with him. It is good to know he is in a good place and he’s happy, and that is all I care about.” Also Read – Janhvi Kapoor announces a ‘low-budget’ sequel with a superhit Tamil song playing in the background, but there’s a TWIST – watch video

When talking about being in touch with her colleagues and friends from Bollywood, Somy said, “Now, as far as being in touch with the people I worked with, I am in touch with Suniel on WhatsApp now. I am very close to Zeenat Aman because she used to live right opposite to my house in Mount Mary in Bandra, and she was also frequent at Salman’s house. So, I would see her there.”

When is Tyson Fury vs. Deontay Wilder 3? New date, time, location set after...