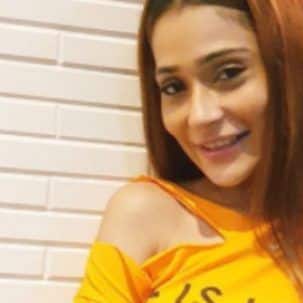 The debate of nepotism is high in the industry right now. Kangana Ranaut began the debate by accusing Karan Johar of being the flag bearer of nepotism in the Hindi Film industry. A lot of people have opened up on the nepotism debate that has taken a new turn after the demise of Sushant Singh Rajput’s demise. Joining them is television actress Sara Khan. The actress did not mince her words when speaking her mind out. Sara featured in Vidya Balan and Emraan Hashmi starrer Hamari Adhuri Kahani. But her role was chopped off. Also Read – Sara Khan on nepotism: Star Kids are born with a silver spoon, they are bound to get a launch

Sara Khan shared how she was excited to feature in the film only to face disappointment later. “On paper the character was substantial and I had shot for quite a few scenes. Only when I went for dubbing that I realised what happened. I had even confronted them saying if this was the scene then I wouldn’t have agreed to do it in the first place. I wasn’t doing it thinking Bollywood mein entry mil raha hai,” read a report in Hindustan Times. Also Read – Bidaai fame Sara Khan on lip job gone awry: I was waiting for it to dissolve

However, she harbours no ill-feelings for the industry. “I’ve no bitter feelings. Whenever I get good films I’ll do it. But, now when I’m doing well in TV, web and music why should I struggle in Bollywood? Sabke ke liye success milna difficult hai. I believe whatever I get is bigger milestone than whatever I didn’t. I want to keep doing my work with honesty,” she added.

“Star Kids are born with silver spoon, they are bound to get a launch. Kahan nahi hai nepotism? Shah Rukh Khan, Ayushmann Khurrana, Mouni Roy… came from non-film background and did well. The problem is some people tend to not use their brains before joining a debate,” Sara said while adding that she never saw people doing drugs at parties.

Sara also reacted to Kangana Ranaut’s claims of Bollywood being biased and drug addict. “I can’t agree with everything everyone is saying but yes drug culture destroying our society… And I think Kangana is a strong woman. Bhale kisi ne unhe aagey badhne na diya ho but she has become a superstar on her own,” she said.

On the work front, Sara cannot wait to get back on sets of her TV show. She was recently tested positive and had quarantined herself.