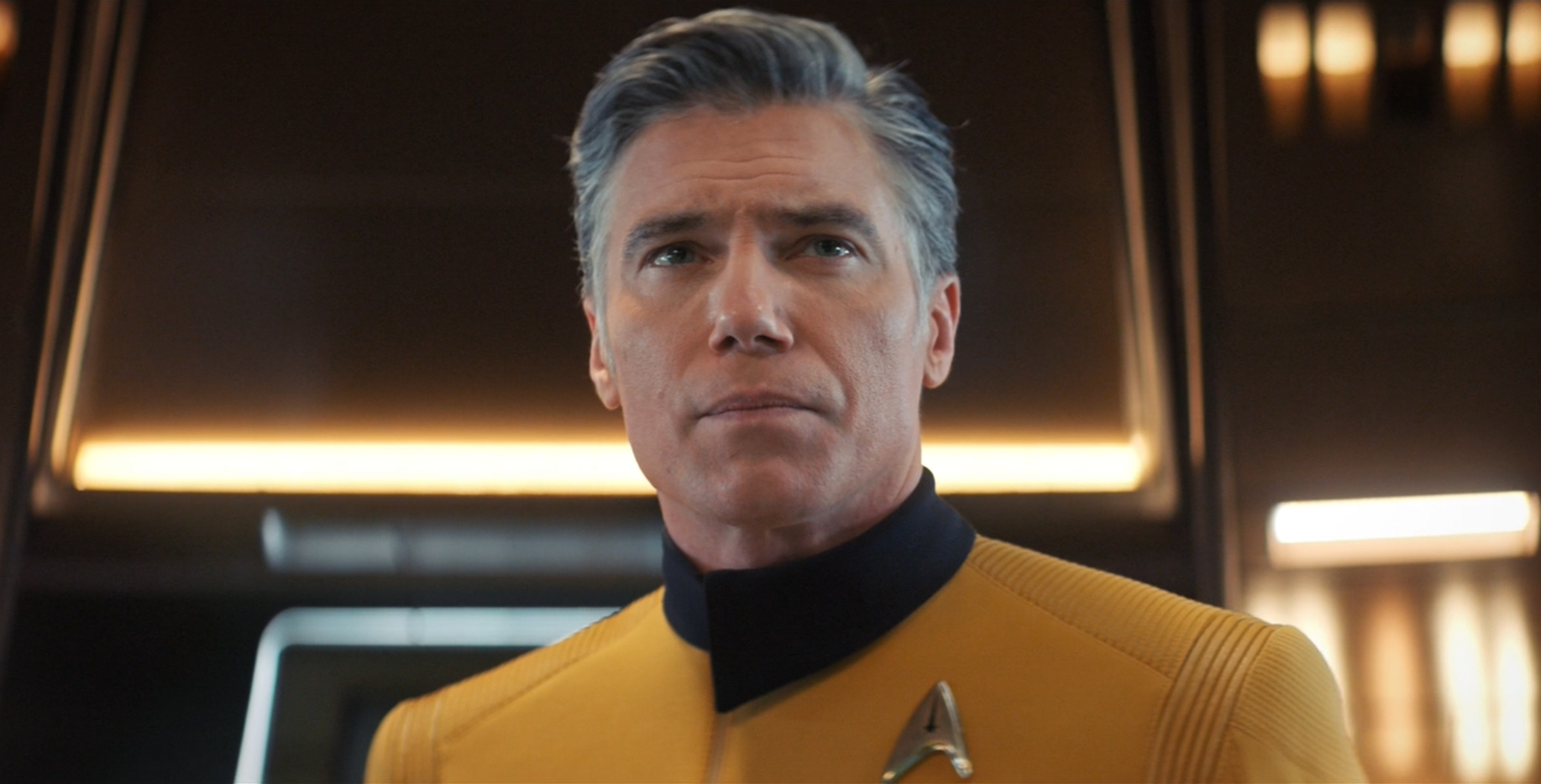 Patient “Star Trek” fans have waited 55 years for Captain Christopher Pike to have his own series — and that series will finally launch in just a few months.

Pike was portrayed by Jeffrey Hunter in the original “Star Trek” pilot, “The Cage,” shown to NBC in 1965. But NBC executives rejected the pilot and both the captain and Hunter left the show.

“Star Trek: The Original Series” (TOS) went on to kick off in 1966 with a new captain at the helm, Captain James T. Kirk (played by William Shatner). Pike only had cameo appearances in TOS and throughout the franchise. But finally, Pike’s untold story will finally see the light in the new series “Star Trek: Strange New Worlds,” which will premiere soon (at a time to be announced). The new series will star Anson Mount, who portrayed Pike in season two of “Star Trek: Discovery” last year.

On “Star Trek Day,” which ran online Sept. 8 from CBS All Access, cast and creators of the new show talked about what to expect.

“My favorite thing I’ve read about this show has been that if you think of ‘The Cage,’ the original pilot, as being the actual pilot, that this is the longest pilot series,” joked co-executive producer Henry Alonso Myers during the panel.

Co-executive producer Akiva Goldsman added that while she couldn’t take credit for pioneering the expression that this is the longest pilot series, she still loves it. “I’ll say it anyway,” she said in the same panel.

Series participants in the panel shared that they are excited to bring a fresh take to the classic plotlines of “Star Trek.” Long-time fans will recognize the character Spock, this time played by Ethan Peck. A new addition to the starring cast will be the ship’s Number One (second in command), played by Rebecca Romijn.

Goldsman said the aim of the new series is to tell “Star Trek” stories in what she termed a “classic mode,” that would be a mostly episodic approach of traveling to “strange new worlds”, as the series introduction used to say, and having adventures on different planets. (Most later “Star Trek” series have used different show formats.)

But, unlike the approach of TOS that showed little character development between episodes, “Strange New Worlds” will show changes from episode to episode. To be fair to TOS, however, most shows of the 1960s were focused on only weekly plots, as this was well before cable and streaming allowed fans to better follow their favorite characters and see how they change over the years.

“We have room to meet new aliens, see new ships, visit cultures while maintaining [that] audiences are sophisticated,” Goldsman said of the new show. “So if Kirk falls in love and the lover dies one week, the next week, he’s going to still feel it. That’s the thing that we really want to kind of carry over. Bring a modern character sensibility to the kind of classic episodic storytelling.”

Those involved in the new show had to stay quiet about its development for close to a year while “Star Trek” showrunner Alex Kurtzman confirmed CBS’ interest in another new “Star Trek” series — “Strange New Worlds.” There have been a flood of new “Star Trek” shows in recent years for fans to enjoy, including “Discovery,” which premiered in 2017 with the third season airing in October and “Picard,” which premiered in 2020 with a second season in production.

Fans of TOS often talk about the dynamics and personality differences between the three main characters: the bold Kirk, the rational Spock and the always-worrying Leonard McCoy (played by DeForest Kelley). This new series will show some similar spirit, writer Akela Cooper said during the panel.

“The fun thing in the room has been coming up with cool and unique situations and scenarios to put them [the characters] in. That will bring out certain aspects of their personalities that we can play with, and see how they would bounce off of each other, complement each other but also contrast against each other — and just see how those puzzle pieces fit. That’s been the most fun for us,” Cooper said.

In the series, Peck will be portraying a younger, less mature Spock, who’s just left training at Starfleet Academy. His portrayal will follow the iconic performances of the character by Leonard Nimoy in TOS and Hollywood’s Zachary Quinto. Because of Spock’s popularity, Peck said he was in shock when “Strange New Worlds” was confirmed to him a few months ago.

“I got a phone call … from Alex, very nonchalant,” he recalled. “I got a bunch of questions like, what are you doing? What you’ve been up to? [Alex added], ‘Your show’s going.’ And I was like, ‘Are you serious?’ Asking the most serious man in the world, right?” Peck said during the panel with a laugh.

“He was like, ‘Uh huh,'” Peck added. “I went for a walk in shock, and went to the grocery store and stared at cold beverages for like, 20 minutes.”

Number One has been in the canon since “The Cage,” said Romijn, but since the character has never been written into a script there is fresh ground for the series to tread upon, she added.

“She’s never been written, so I can’t wait to find out [about her],” she said. “How vast her skill set is, you know, what are the arrows in our quiver. My number one question is, what’s her backstory? I had a delightful meeting with the writers’ room a couple months ago, and they floated an idea for Number One’s backstory that I’m not going to share right now, because it blew my mind,” Romijn said.

As the team prepares to show their stories to the world, they’ve been taking inspiration from all the “Star Trek” series, especially watching and rewatching TOS, several writers and actors said during the panel. They added that “Strange New Worlds” will stay true to the long devotion to diversity that “Star Trek” engendered, starting with TOS premiering a Black actor (Nichelle Nichols), Japanese-American actor (George Takei) and the Russian character (Walter Koenig) on American television in the more conservative era of the 1960s.

“It’s inspired me, certainly, and it makes me want to be a better person,” Peck said of the legacy of “Star Trek.” “I think it’s all about graduating ourselves to sort of greater unity and acceptance and curiosity.”