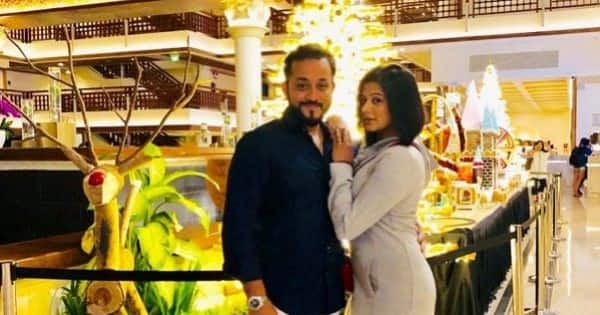 Popular south actress Priyamani, who featured in The Family Man franchise, has been married to Mustafa Raj since 2017. While the duo often share their cute and adorable moments on social media, the couple has grabbed the headlines for the wrong the reason as the first wife of Mustafa named Ayesha has registered a criminal case against the couple and said that he is not legally separated from her so his and Priyamani’s marriage is illegal. Apart from this, Ayesha has also filed a case of domestic violence against Mustafa. Also Read – Bade Acche Lagte Hain: Why doesn’t Ayesha want to marry Siddhanth?

Talking to E Times, Ayesha said, “Mustafa is still married to me. Mustafa and Priyamani’s marriage is invalid. We have not even filed for divorce and while marrying Priyamani, he declared in the court that he was a bachelor.” On the other hand, Mustafa denied this news and said, “The charges against me are false. I am paying the children’s maintenance to Ayesha regularly. She is simply trying to extort money from me.” He added, “My marriage with Priyamani happened in 2017, why was Ayesha quiet for so long?” Also Read – Dream Girl first look: Shraddha Arya missing from the first promo of the show

Ayesha revealed the reason for not speaking since 2017 as she asserted, “As a mother of two children, what can you do? One tries to sort it out amicably but only when it doesn’t work out, some steps need to be taken because you don’t want to lose out on time which he has been using against me now.” Advocate Purnima Bhatia, who represented Mustafa in the case revealed that it is still pending and said, “Yes, I was handling this case for Mustafa. Even now, I am officially on it. As for the matter, it is currently pending. However, I do not know if I’ll go further in this case or not.” Also Read – Pyaar Ka Dard Hai Meetha Meetha Pyaara Pyaara: Will Ayesha be accepted by Avantika?

Opinion | Eric Adams Is Going to Save New York