The Pendulum is Swinging Back to Employers 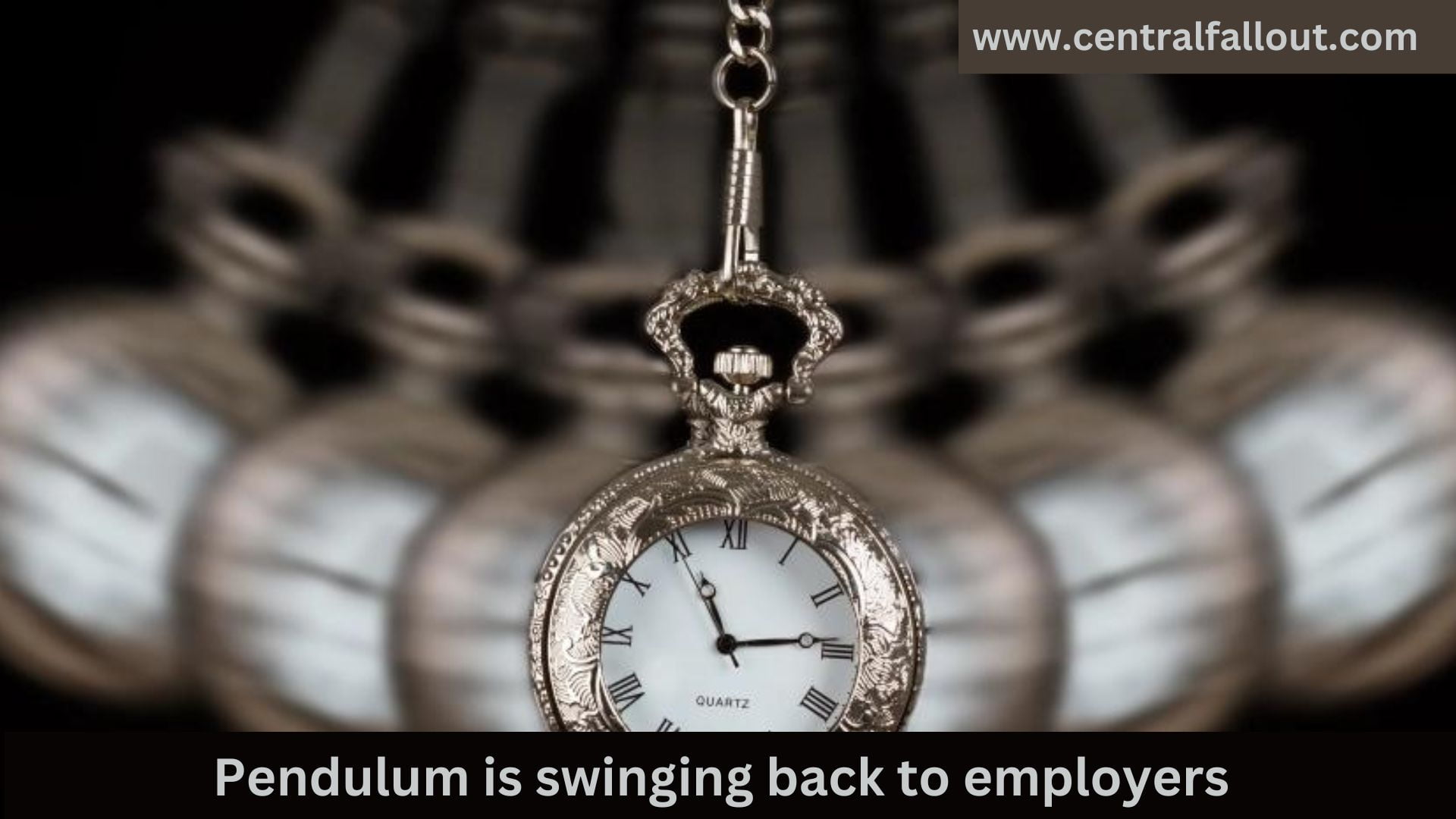 Despite the current economy’s problems, the pendulum is swinging back to employers. Wage growth is up, unemployment is down, and employees are not leaving their jobs in droves like in the past. The President’s economic policies, which include tax cuts, stimulus spending, and other measures, have been designed to create a more robust economy.

Pendulum is swinging back to employers: Wage growth is a “late-cycle indicator”

Despite the ongoing swooning of the Fed, the American worker is still seeing his or her share of the pie. The aforementioned recession proofed adage is apt. It’s a good thing that companies are putting their best foot forward by posting fewer jobs, and laying off less.

Not to mention slapping a plethora of bonuses on top of that. And while it’s still too early to call, this is a sign of things to come.

Of course, the old adage about the recession notwithstanding, the economy is currently in a state of flux. Luckily, it’s not a full blown recession, but rather a slow burn that is a little more than the average American would like to admit to.

The best part is, there’s nothing stopping companies from re-investing in the aforementioned economy if they so choose. With the right incentives,

companies will soon be reaping the benefits of their new found prosperity. Of course, not all companies are created equal. The ones that stand out are the ones that take the time to listen to their employees.

Pendulum is swinging back to employers: Labor force participation rate dropped again in July to 62.1 percent

Despite a significant drop in the labor force participation rate, the unemployment rate edged down to 3.5 percent. It is still a long way from its pre-pandemic level of 63.4 percent.

Despite the drop in the labor force participation rate, the employment-to-population ratio remains below the value for February 2020.

The decline in the labor force participation rate is partly due to a drop in participation among 55-64 year olds. This age group has been declining for some time, and it raised concerns about an increase in early retirement.

Pendulum is swinging back to employers: Fewer employees are leaving their jobs without a new job

Compared to the past, fewer employees are quitting their jobs without a new job lined up. This is a good thing for workers and employers alike. In fact, more and more workers are taking the time to start their own companies.

The number of people leaving their jobs without a new one lined up is down by a whopping two million. However, the number of job openings remains near a record high, if the latest job report is any indication.

Adding to the numbers is the fact that the Federal Reserve is working to slow the economy down, and more employers are putting a squeeze on hiring.

The Great Resignation has given workers a chance to try out the old adage about not working for free. Many of them are opting to forgo their desk jobs for more flexible schedules and better benefits. Those seeking to get back to work are also taking the time to read up on the latest and greatest in workplace technology.

Pendulum is swinging back to employers: President Biden swings pendulum in employee-friendly direction