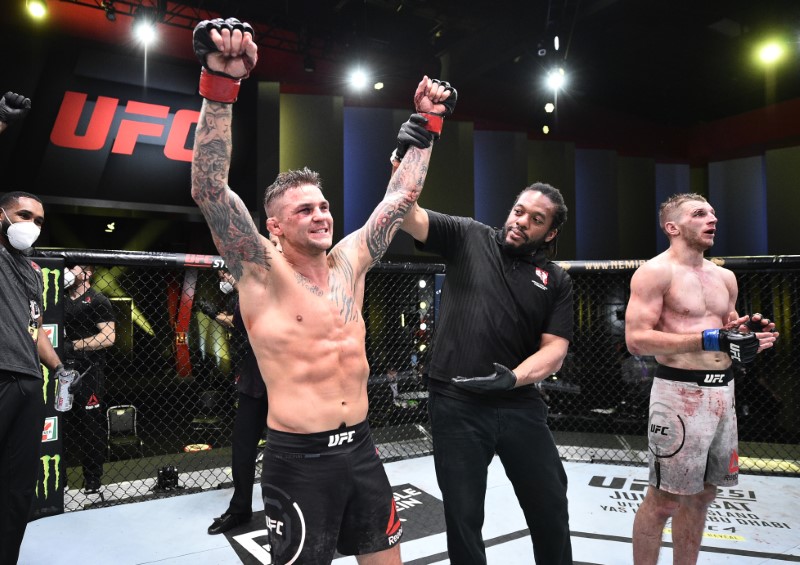 The UFC is striving to put together a lightweight fight between Conor McGregor and Dustin Poirier, but McGregor instead is reportedly focused on a fight with Manny Pacquiao.

UFC president Dana White said to Barstool Sports on Wednesday, “We offered Dustin and Conor a fight, so we’re waiting to hear back from them both.”

Poirier issued a two-word response on Twitter, “I Accept”

However, McGregor stated his intention to oppose Poirier in a charity exhibition, not a UFC-sanctioned bout.

ESPN reported that McGregor’s team rebuffed the UFC offer regarding Poirier as it instead attempts to square away a match against the 41-year-old Pacquiao, a Philippine boxing legend.

McGregor, 32, has held UFC titles in the featherweight and lightweight divisions, but he has been at odds with the promotion since a TKO win over Donald Cerrone in UFC 246 on Jan. 18. He owns a 22-4 record in mixed martial arts.

Poirier, 31, owns a 26-6 record with one no-contest. In his lone fight of 2020, he beat Dan Hooker by unanimous decision on June 27. His previous bout was a loss by submission to Khabib Nurmagomedov in a lightweight championship fight at UFC 242 last September.