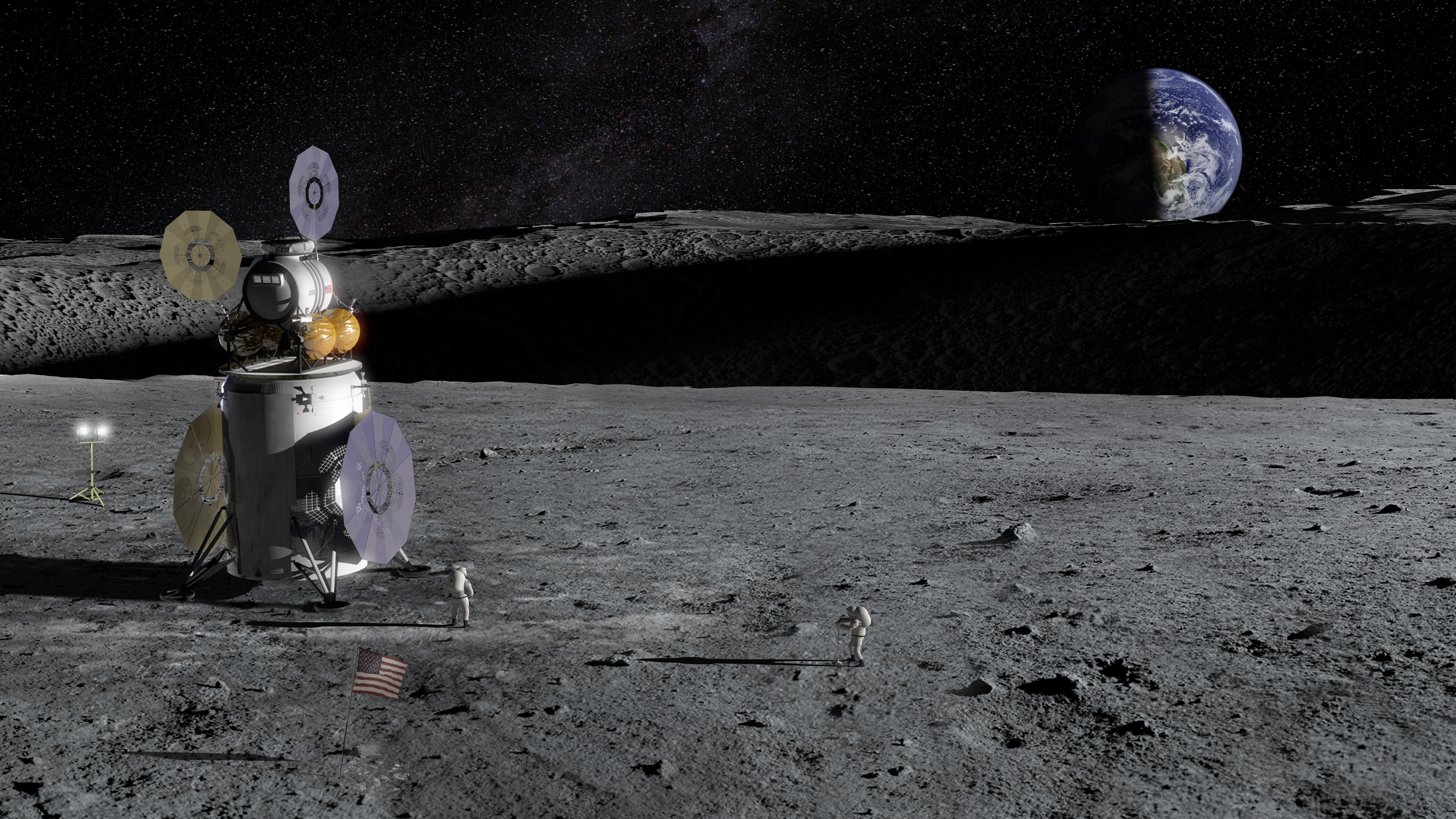 NASA needs to have a new  lunar lander and giant rocket ready by next year in order to return astronauts to the moon by 2024, the space agency’s chief Jim Bridenstine told Congress Wednesday (Sept. 23).

In a Senate appropriations committee hearing, Bridenstine said NASA aims to send an uncrewed mission, called Artemis 1, around the moon in November 2021 to prepare for the first orbital mission with astronauts two years later, Artemis 2. The Artemis 3 mission would follow, sending astronauts to the south pole of the moon in 2024.

Bridenstine said he is worried about the effects on the Artemis program if any of the missions are delayed which could happen for technical or funding reasons.

“If that Artemis [1] mission pushes too far from 2021, if it starts to encroach on Artemis 2 in 2023, it creates a crescendo where if one [mission] starts getting pushed, the others start getting pushed,” Bridenstine said in the livestreamed broadcast.

Currently, though, everything is on track for a 2024 deadline, Bridenstine added. A design for one or two landers will be finalized in February 2021 (it is currently being competed between three private groups) and Artemis 1 is expected to launch that November. A lengthy “green run” trail for the Space Launch System megarocket,which was delayed by the coronavirus pandemic, is underway, keeping the booster on track for its debut launch in November 2021.

Bridenstine said everyone needs to stick as closely to NASA’s timeline as possible to eliminate programmatic and cost risk from Artemis’ first landing stretching on past 2024. Previous bipartisan agreements, however, suggested a NASA moon landing could be approved as late as 2028 — a possibility that was raised again by the U.S. House of Representatives in January.

The Trump administration’s request is to raise NASA’s budget to $25.2 billion in the next fiscal year, which begins on Oct. 1. This would represent a 12% increase over the current year’s funding, and roughly half of the money is earmarked for the Artemis program. On Tuesday, Bridenstine said NASA needs Congress to assure $3.2 billion of its 2021 budget request for Artemis lunar lander development no later than March to stay on track for a 2024 moon landing.

But there are challenges surrounding the request. The coronavirus pandemic surged in the United States in March, just weeks after the administration’s budget request came out.

Senate committee members said Wednesday that they’re interested in how NASA is coping with the new environment, to which Bridenstine pointed to increased uses of personal protective equipment. The equipment was necessary for the Demo-2 commercial crew and Perseverance Mars rover launches, but also added extra expenses to NASA’s work, Bridenstine noted.

Committee members also raised what they saw as troublesome items in the budget request.

The Nancy Grace Roman Space Telescope (formerly WFIRST) received no funding allocation for the fourth year in a row, even though it was the highest priority in the previous astrophysics decadal survey of 2010 that is meant to inform NASA mission selection. Bridenstine noted that development of the telescope remains on track, and it has passed its critical design review.

Each year thus far, Congress has reallocated money for the new space telescope. Senate appropriations chair Jerry Moran (R-Kansas) said that was a likely outcome once again for fiscal year 2021.

“I think the Senate will see it a different way, as in previous years,” Moran said of the Trump administration requesting zeroing out the telescope’s budget.

Ranking committee member Jeanne Shaheen (D-New Hampshire) asked Bridenstine about the long-term value of a newly announced Estée Lauder contract that would see astronauts filming bottles of skincare serum for possible use in future advertisements and promotions. The contract is part of a larger push by the Trump administration to open up the International Space Station to more commercial opportunities.

Bridenstine said he did not know the details of that particular contract, but told Shaheen that only 5% of crew time is allocated for such commercial activities. NASA repeatedly emphasizes the time that astronauts pour into science experiments in orbit, since the chief ISS priority is science. That said, crews are also responsible for duties such as maintenance and public relations that form part of their mission time in space, which typically ranges from six months to a year each.