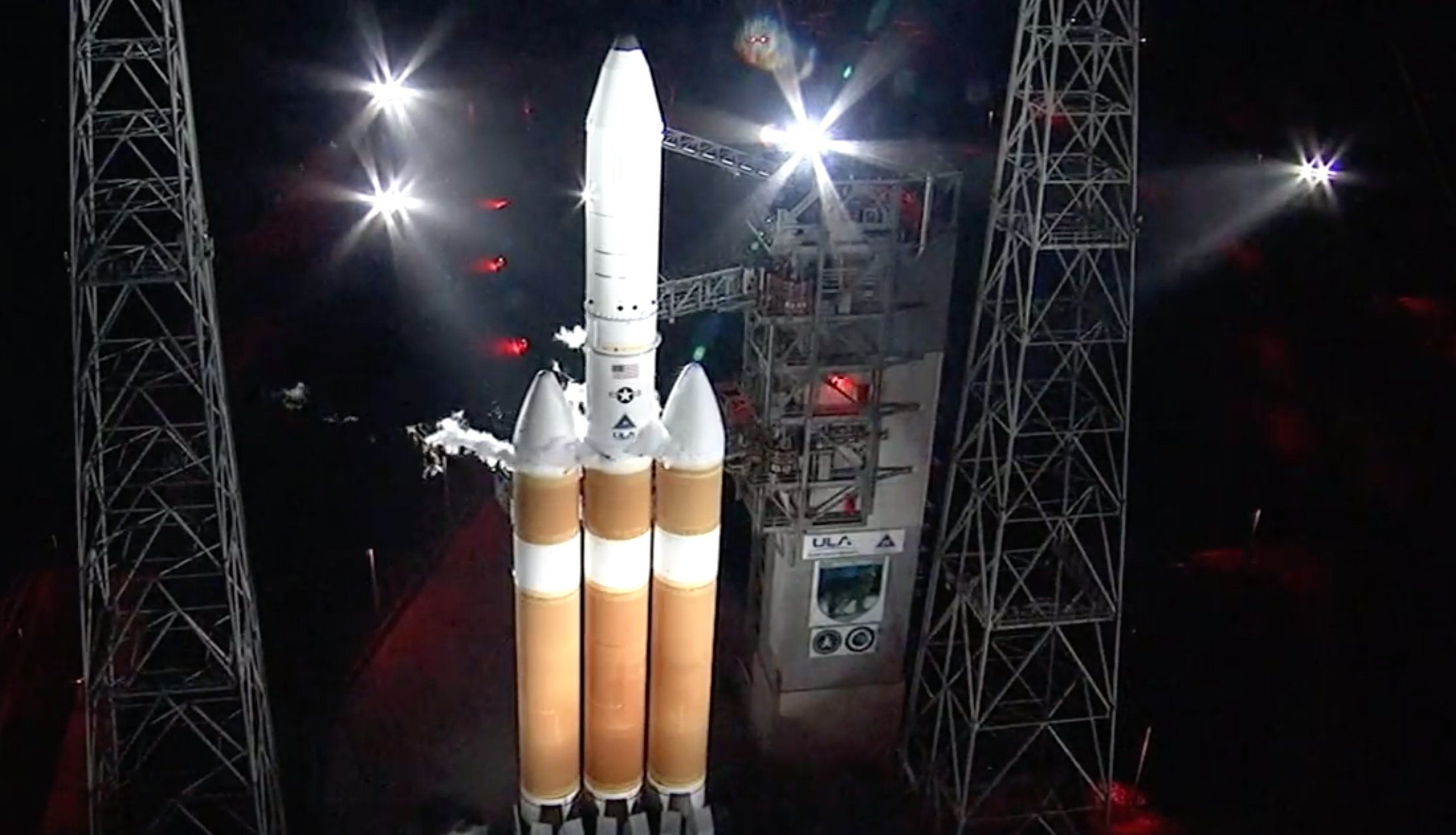 The launch of a U.S. spy satellite atop a powerful Delta IV Heavy rocket was called off in the final seconds late last night (Sept. 30), mirroring the outcome of an attempt a month ago.

The Delta IV Heavy, which is built by the United Launch Alliance (ULA), was scheduled to loft the clandestine NROL-44 satellite at 11:54 p.m. EDT last night (0354 GMT on Oct. 1) from Florida’s Cape Canaveral Air Force Station. Seven seconds before the planned launch, however, the countdown came to a halt.

“We experienced an automated abort because a sensor reported a fault. Automated Safety System operated as intended. Bird and payload are safe and unharmed. Engine ROFI ignitors were not fired. Turbo pumps were not spun up. Mission safety first…” ULA CEO Tory Bruno tweeted shortly after the abort.

We experienced an automated abort because a sensor reported a fault. Automated Safety System operated as intended. Bird and payload are safe and unharmed. Engine ROFI ignitors were not fired. Turbo pumps were not spun up. Mission safety first…October 1, 2020

Delta IV Heavy launches employ two type of ROFIs (short for “radially outward firing initiators”), as Bruno explained in another tweet. One kind, embedded in a rocket engine’s injector plate, ignites the engine with a spray of hot gas. The other type is part of the pad infrastructure and serves to burn off excess hydrogen propellant.

This second class of ROFI, more properly known as a hydrogen burn-off unit, gives Delta IV Heavy launches added visual appeal, causing flames to lick the base of the 235-foot-tall (72 meters) rocket shortly before its engines blaze up in earnest.

Last night’s abort was similar, at least superficially, to the one that kept NROL-44 groundbound on Aug. 29. On that day, the countdown got all the way down to T-3 seconds before a detected anomaly shut everything down. The Aug. 29 attempt ended in a “hotfire abort” — one that occurs after a rocket’s engines have already begun firing up.

Flames were visible at the Delta IV Heavy’s base just before the abort was called last night as well. However, the fire this time around didn’t come from the engines on the rocket’s triple-core first stage, Bruno and other ULA representatives stressed. Rather, they were generated by the hydrogen burn-off units doing their job.

The launch team is reviewing data and will announce a path forward when that appraisal is done, company representatives added.

The two last-second aborts aren’t the only bumps in NROL-44’s road to Earth orbit. The launch of the satellite, whose planned orbital activities are classified, has also been delayed by bad weather and issues with ground hardware.

This story was updated at 3:50 a.m. EDT on Oct. 1 to include more details about ROFIs.