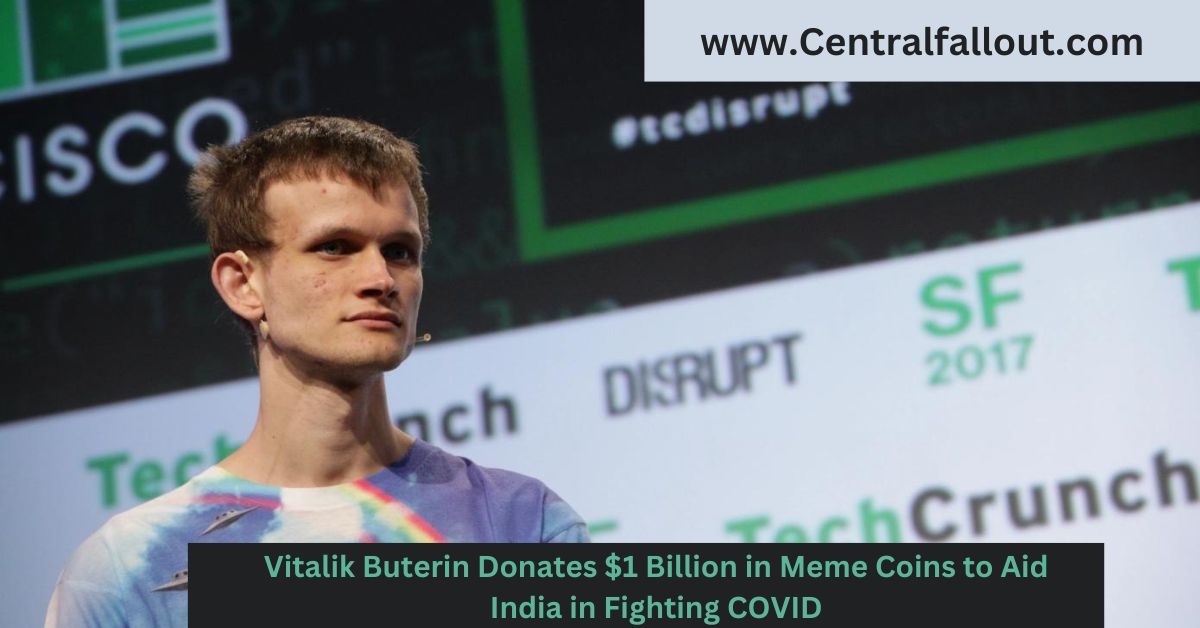 Vitalik Buterin Donates $1 Billion  Earlier this week, the youngest crypto billionaire, Vitalik Buterin, donated $1 billion worth of crypto to non-profits in India. The donation was made in the form of a digital currency called the Shiba Inu (SHIB) coin. The Shiba Inu is a dog-themed token that was created as a joke.

The coin has been gaining popularity, as it has been valued at $50 million in the past several months.

Vitalik Buterin’s donation, which is worth $1 billion, has already been transferred to a fund named the India Covid-Crypto Relief Fund. The relief fund was founded by Indian technology entrepreneur Sandeep Nailwal. Buterin’s donation will be used to provide much-needed supplies to hospitals in India.

The relief fund has also been sending oxygen cylinders to hospitals. Buterin has also donated $2 million in Ether to the fund. However, most of the Ether has been sold off, leaving the fund with only a portion of the donation.

Buterin’s donation is a huge deal. It will help to provide much-needed lifesaving supplies for those suffering from the COVID-19 virus.

The virus has been wreaking havoc in India, with an estimated death toll of about 4 million. Hospitals in India are still struggling to cope with the outbreak.

The India Covid-Crypto Relief fund plans to deploy all of the funds in an accountable and transparent way. It hopes to provide real-world value to the fund by aligning its goals with the government.

The donation will be used to fund the ongoing COVID fight in India. The relief fund plans to convert the donation into Ether over time. However, it will be converted slowly as the value of the crypto continues to fluctuate.

Vitalik Buterin Donates $1 Billion : The price of the Shiba Inu coin has dropped by about 35% since Buterin’s donation announcement

This price increase has caused concern among many crypto investors. However, the Shiba Inu coin has since recovered. The price is also trading on a decentralized finance platform, which allows the price to fluctuate.

Although the price of the Shiba Inu coin is still on a downward trend, the donation still has a chance to provide much-needed supplies to Indian hospitals. The donation will also help to provide relief to people with pandemic needs.

Buterin’s donation has caused some panic among those who own meme coins. Many have expressed a fear that the value of their coins will decline as more people learn about the donation. While a donation is always welcome, it’s important to understand the complexities of a crypto donation.

The value of the crypto donation may decline before it’s sold for cash, making it harder to use to provide relief to people in need.

Buterin’s donation to the India Covid-Crypto relief fund is worth around $1.2 billion. However, it will likely only be worth less than a billion dollars for India.