Why Did Forbidden Kingdom Not Run In The Kentucky Derby?
Advertisement

Mom Knows Best She fights for the best Pena

Fred Kerley Leads The U.s Take 100 Meters To The Worlds 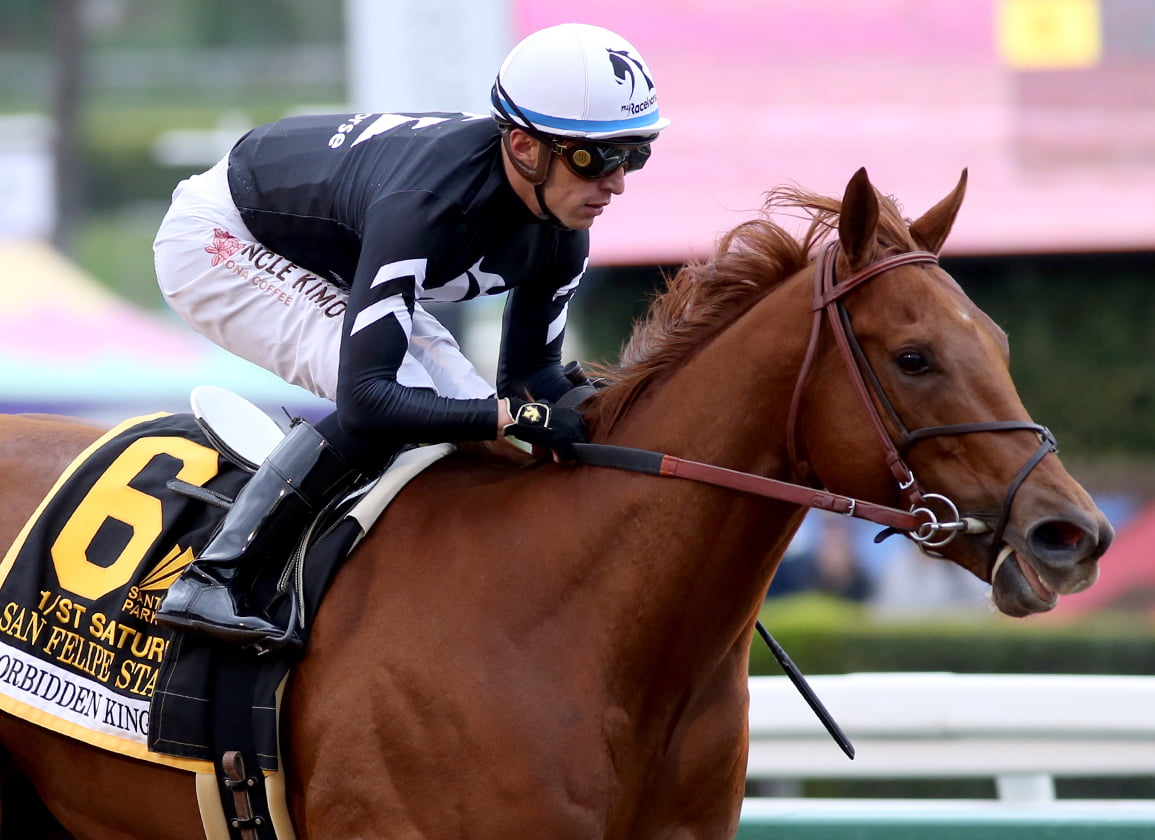 Why Did Forbidden Kingdom Not Run In The Kentucky Derby?: There are always Kentucky Derby contenders that fail to live up to the hype when it comes to the big race at Churchill Downs. The competitive prep races often lead to shifts in the betting odds, which means that horses that impress in the preps often exert too much energy and their performances are flat when it really matters.

Smile Happy is an example of one horse that impressed early in the campaign, before failing to make a mark when running in the Kentucky Derby. However, when it comes to the case of Forbidden Kingdom, bad luck could be blamed.

As an offspring of the great American Pharoah horse, hopes were high regarding Forbidden Kingdom’s chances to win the Kentucky Derby this year. He certainly looked to be on course for a bold bid when finishing second at Del Mar behind Messier on his graded debut in the G3 Bob Hope.

His performances reached new heights in the early months of 2022, as he won on his first start of the calendar year over seven furlongs. That victory was a two-length success over Pinehurst in the G2 San Vicente Stakes at Santa Anita.

The performance that really got racing fans excited came when he stepped up to a mile and half a furlong for the first time, as he blitzed the opposition to win by over five lengths. Many had concerns about his ability to step up as the distance may be a concern, but those doubts were answered routinely, and his price for the Kentucky Derby was slashed immediately.

What Happened At The Santa Anita Derby?

Heading into the G1 Santa Anita Derby in early April, there was an expectancy that Forbidden Kingdom was going to step forward again and emerge as a leading contender for the big race at Churchill Downs. However, despite getting away quickly, he soon faded in the final stretch, and eventually finished over 14 lengths behind Taiba.

That performance was completely unexpected, as he finished dead last in the competitive renewal of the race. However, it was later revealed by Richard Mandella that Forbidden Kingdom had an issue with breathing throughout the race, and was unable to reach the quality of performance that many expected from him. Those doubts led to the three-year-old bypassing all three Triple Crown races, and there has been no word yet as to when the exciting horse may be returning to track.

Could Forbidden Kingdom Have Won The Derby?

It’s always very difficult to speculate as to whether horses could have performed under the pressure at Churchill Downs, as so many factors have to go in a contender’s favour for them to win the Kentucky Derby. Rich Strike was a fine example of that, as this year’s race could have been replayed on a number of occasions, and the 81/1 shot probably wouldn’t have won again. However, we still believe that the race played out just the way that Forbidden Kingdom would have liked.

The three-year-old has an excellent turn of foot in the final stages, and that could have been the difference in denying the outsider his win. However, he still would have needed a good draw to stay competitive, and the race would have needed to play out in the exact same way. Should Forbidden Kingdom have been involved, it’s likely that different tactics would have been used by the leading contenders, as they would have seen the three-year-old as a very real threat to their chances of winning the Kentucky Derby. However, hindsight is a wonderful thing, and fans of Forbidden Kingdom will just be hoping to see the contender back on track at some point this season.

Advertisement
Related Topics:Kentucky Derby
Up Next

What is the Future of Internet Service Providers?