Museum of Death: History And Facts About The Well-Known Show
Advertisement

Museum of Death: is a part of New Orleans culture that is always there. The city is known for its happy second lines, where people dance down the street while a brass band plays. These events are based on an African-American funeral ritual that honours a person who has died. Also, cemetery tours are one of NOLA’s most popular things to do.

Before COVID-19, about 200,000 people went each year to the St. Louis #1 Cemetery in the French Quarter.Spiritualists pray there. Tourists often go on ghost tours, which can be about anything from haunted hotels to vampire legends.

So it makes sense that the macabre Museum of Death is in the city. “It’s a big draw for people interested in true crime and serial killers, but we have so much more to offer,” said Zach Frazier, Manager of the Museum of Death in New Orleans. (There’s also one in Hollywood.) “Not only in this way, but we talk about everything that has to do with death.”

Where is the Museum of Death? 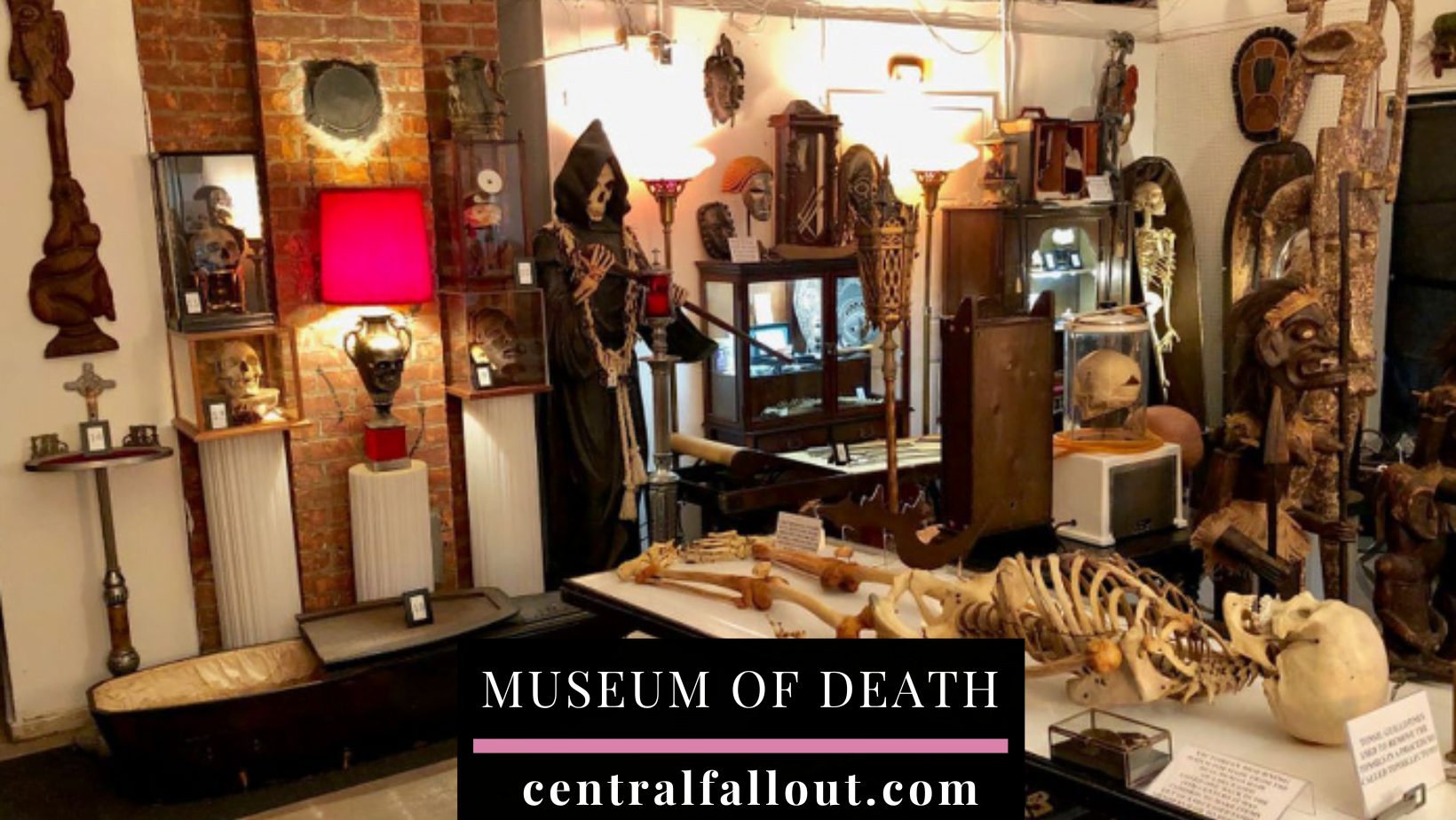 The Museum of Death is in the French Quarter at 227 Dauphine Street, between Bienville and Iberville. It’s on a block with shops that are very typical of New Orleans, like a po’boy shop and a costume shop. It’s a short walk to the Canal Street streetcars (numbers 47 and 48), most hotels in the Quarter, and even the Central Business District (CBD).

A lot of bus lines (#32, #60, and #90) also stop on nearby Canal Street. But ridesharing or the Canal Street streetcar are the best ways to get to the museum, especially on the weekends when street parking can be hard to find and parking lots can be expensive.

When is the best time to go to New Orleans’s Museum of Death?

The New Orleans Museum of Death is open Monday through Sunday from 11 a.m. to 6 p.m. It is closed on Thanksgiving Day, Christmas Day, and, of course, Mardi Gras Day (which changes every year, so check the calendar!).

On Saturdays and Sundays, lines often go around the block all year long, which means you have to wait to get in and there are more people inside. Frazier says to go early on a weekday, preferably between May and November on a Monday, Tuesday, or Wednesday. This will give you time to look at the artefacts and watch the videos.

“There won’t be a line during the week, and you can get in right away. Frazier said, “You can take your time and see everything you want to see. You don’t have to worry about it being busy or moving quickly.” ” If you have any questions, you also get more one-on-one time with us. This is also important to a lot of people because if we’re too busy, we won’t be able to talk about any of this.

What you need to know before you go to the Museum of Death
The New Orleans Museum of Death has disturbing pictures of autopsies and crime scenes, among other things.

“I told people that it can be dangerous inside. This is important, especially if they want to bring younger children,” Frazier said. “We don’t say no to people, but they need to know before they come in.”

Also, you can’t take pictures inside the Museum of Death, so put your phone in your pocket or bag.

The best things in the Museum of Death

Frazier thinks the Kevorkian Machine exhibit is a great place to spend some time. The Kevorkian machine is termed “the Death Machine” Jack Kevorkian, who facilitated 130 suicides, won.

“Dr. Death” Kevorkian served eight years for second-degree murder. He died in 2007 at 83.WIRED describes the Kevorkian Machine as a “intravenous drip.”

” The original Kevorkian Machine and the box it came in are at the New Orleans Museum of Death. The “60 Minutes” interview with Jack Kevorkian plays next to the machine’s screen.The funeral section isn’t as exciting as some of the other exhibits, but you should still check it out.

In the same region are embalming castings of Napoleon Bonaparte, Abraham Lincoln, and Robin Williams.. This area is also a break from some of the more graphic parts of the site.

Also, don’t forget to peek into the Theater of Death to see the beautiful Day of the Dead altar. Every year on November 1 and 2, Mexicans follow a tradition of building an altar to honour their dead loved ones.

On Da de los Muertos, people remember their dead family members and celebrate their lives. The colourful and ornate altar at the museum is worth taking the time to look at. It brings joy and lightness to a serious space.

Anyone can access the Museum of Death, regardless of their age. The Museum of Death contains graphic images and themes that may offend young and sensitive audiences. Without parental supervision, children are not permitted to enter the museum or wander around the exhibits.

What are the prices for tickets to the Museum of Death New Orleans?

One adult admission costs $17 plus tax. The check-in desk is located in the lobby. After a brief orientation, the staff will give you a tour of the museum. There is no time limit and you can’t buy tickets online. You’ll be the first to get in, so make sure you arrive early!

Is it long to visit the Museum of Death.

Although it is a small area, there are many details to be absorbed. The Museum of Death is visited by most people for about an hour. However, you can spend much more time looking at documentaries on the many screens around the museum. The Theater of Death is a small movie theater located in the back of museum that offers true-crime videos on rows of benches. You can shop for shirts, aprons and other souvenirs in the gift shop.

The New Orleans Museum of Death Where do you start?

Because the museum is small, there’s no single place you should start your visit. You will find the taxidermy and skeletons section at the entrance. The exit is through the exhibit on cannibalism. You can choose your adventure between these sections. The museum is organized like a gallery, with sections that lead visitors on a U-shaped trail.