His career began in the rap group Urban Thermo Dynamics. Later, he would appear in albums by De La Soul and Da Bush Babes. Now, he has become an internationally-known artist.

Here are some fascinating facts about the artist. This biography will provide you with an insight into the artist’s life. 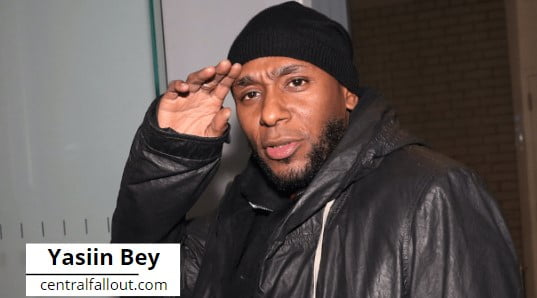 He was born Dante Terrell Smith on December 11, 1973. Along with his siblings, he started his hip hop career in 1994 with the short-lived rap group Urban Thermo Dynamics (UTD), after which they contributed to Da Bush Babees and De La Soul records.

Later, he and fellow Brooklyn rapper Talib Kweli created the group Black Star, and in 1998 they released their self-titled first album, which featured the singles “Definition” and “Respiration”.

On their list of the “50 Greatest Rappers of All Time,” the writers of About.com ranked him as the 14th best rapper.  The songs “Oh No,” “Ms. Fat Booty,” and “Mathematics” are among of his best-known songs.

Mos Def first made his public debut as a kid actor in television movies, sitcoms, and plays before beginning his musical career. He has acted in a number of movies and television shows since the early 2000s, including Something the Lord Made, Next Day Air, The Hitchhiker’s Guide to the Galaxy, 16 Blocks, Be Kind Rewind, The Italian Job, The Woodsman, Bamboozled, and Brown Sugar. He was also the host of the HBO programme Def Poetry Jam from 2002 to 2007.

Mos Def has advocated for a number of social and political issues, such as racism, police brutality, and the notion of American exceptionalism.

The son of Sheron Smith and Abdulrahman Smith, Mos Def was born Dante Terrell Smith on December 11, 1973 in Brooklyn, New York City. His mother reared him in Brooklyn while his father lived in New Jersey. He was the oldest of 12 children and stepchildren.

When Mos Def was 13 years old, he first encountered Islam. He has a good friendship with Q-Tip and Ali Shaheed Muhammad, two other Muslim hip-hop artists.

Mos Def discovered his passion for acting while attending Philippa Schuyler Middle School in Bushwick, Brooklyn.  Mos Def dropped out of high school during his sophomore year after returning from Los Angeles where he had been filming You Take the Kids and starting a relationship with an older woman.

He has described how he witnessed extensive gang violence, larceny, and poverty while growing up in New York City during the 1980s and early 1990s crack epidemic. He was generally able to dodge these situations by working on plays, Off-Off-Broadway, and arts programmes.

Mos Def observed his younger brother, Ilias Bey (born Denard Smith), who was five years old at the time, being struck by a car, which was a particularly upsetting event in his upbringing. Later, Ilias took up the alias DCQ and Mos Def referred to Ilias as “my first collaborator in hip hop.

In 1994, Mos Def launched his musical career by founding the group UTD (or Urban Thermo Dynamics) with his younger brother DCQ and a friend from high school named Ces .

Their first and only release to date is the album Manifest Destiny, which was published in 2004. Recorded during the initial UTD run, the CD is a collection of previously unheard and re-released songs.

Before releasing his first single, “Universal Magnetic,” in 1997, Mos Def first became a solo artist in 1996 and collaborated with Da Bush Babees and De La Soul.

Mos Def signed with Rawkus Records and formed the rap group Black Star with Talib Kweli. The duo released an album, Mos Def & Talib Kweli Are Black Star, in 1998. Mostly produced by Hi-Tek, the album featured the singles “Respiration” and “Definition”, which both reached in the Billboard Hot Hip-Hop Songs chart.

The album peaked at number 25 on the Billboard 200, while the single “Ms. Fat Booty” charted.  He also contributed around this period to the Scritti Politti album Anomie & Bonhomie.

Geffen Records  acquired Rawkus Records in January 2002, and in October 2004, The New Danger, his second solo album, was made available.

The Black Jack Johnson Band, which consisted of Shuggie Otis, Bernie Worrell, Doug Wimbish, and Will Calhoun, contributed to it. The album was the artist’s most commercially successful release to date, peaking at number five on the Billboard 200.

In 1996, Mos Def wed Maria Yepes. In 2006, he requested a divorce from Yepes. When Yepes brought Mos Def to court for failing to meet his child-support obligations—paying $2,000 less each month than the $10,000.

He is required to pay for their two daughters—the former couple made headlines. Mos Def has four further kids.
His mother Sheron Smith, also known by her stage name “Umi,” has actively participated in managing some of her son’s professional endeavours.

She has written the book Shine Your Light: A Life Skills Workbook, in which she describes her experience as a single mother raising him, and she is also a motivational speaker.

In January 2016, Mos Def was given the order to depart South Africa and not return for five years. He had been there unlawfully on a tourist visa that had expired in May 2013, which allowed him entry.

He was charged with living unlawfully in South Africa since 2014 and using an unrecognised World Passport that same month.

Mos Def reportedly asked Kanye West to support him in his defence and placed a message on West’s website declaring his exit from the entertainment industry.

The artist and his family were parties to a court proceeding regarding immigration-related infractions.  On November 22, 2016, he was permitted to leave South Africa, but he was not allowed to return.

Our records indicate that Yasiin Bey might be single.
Relationships
Maria Yepes was the first wife of Yasiin Bey.
Karrine Steffans and Yasiin Bey have interacted (2002).

He was born Dante Smith and performs as Yasiin Bey, a rapper, actor, and political activist. He and Talib Kweli make up the duo Black Star, and he has had significant roles in a number of films and TV productions, including The Italian Job, Be Kind Rewind, and Dexter. With his first spouse Maria Yepes, whom he wed in 1996, he had two daughters named Jauhara and Chandani. After that, he wed the model Alana Wyatt in 2005, but they soon divorced.

Yasiin Bey is said to have an estimated net worth of around $1.5 million which he made from record sales and his various acting roles.