What is An Incumbency Certificate & Its Benefits 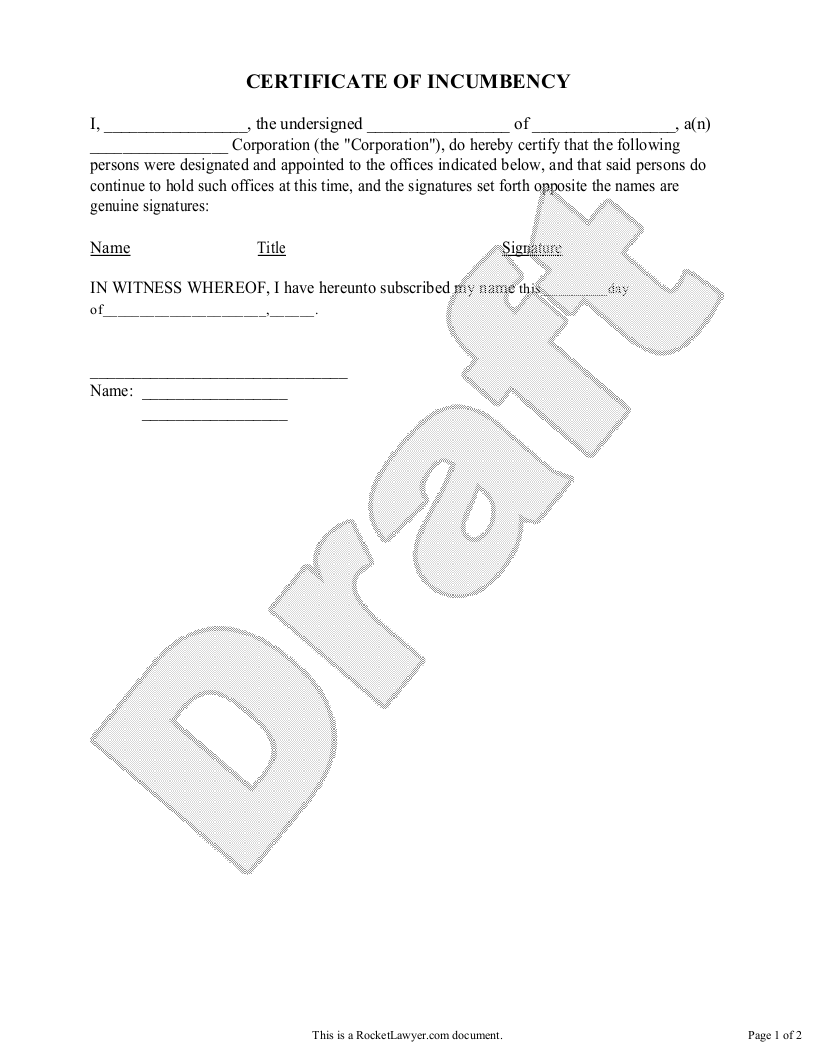 It identifies who holds specific positions inside the business and is most commonly used to verify the identity of individuals who are authorised to enter into legally binding transactions on behalf of the corporation.

An incumbency certificate lists the current directors, officials, and, in some cases, important shareholders of a company.

A financial institution will frequently request an incumbency certificate when opening an account to ensure that the people claiming to be a company’s authorised signatory are actually permitted.

Contracts for business transactions typically require a certificate of incumbency to determine who has the legal authority to bind the company to the contract.

What Is an Incumbency Certificate, and How Do I Get One?

The company secretary issues incumbency certificates, which commonly feature the corporate seal and may be attested by a public notary.

The incumbency certificate is an official act of the company, and third parties can reasonably depend on its veracity because the secretary is in charge of keeping corporate records.

This certificate contains all pertinent information about the company’s directors and officers, including the incumbent’s name, position, and period of service, whether elected or appointed. A signature sample is frequently included for comparison purposes.

When a corporation applies for a bank account or launches a big transaction, a financial institution may require this paperwork.

An attorney or anyone else who wishes to confirm the legality and declared status of a director or officer within the organisation could also request the certificate.

Anyone who is involved in a business transaction with a corporation and wants to verify an officer’s declared position can request an incumbency certificate from the company’s secretary.

In practise, a bank or other financial institution may typically request an incumbency certificate when opening an account to prove that the individual claiming to be a company’s authorised signatory is actually one.

Similarly, when attorneys prepare contracts for business transactions, they frequently require an official incumbency certificate to determine who has the legal authority to bind the corporation to the contracts.