Who Murdered JonBenet Ramsey: Know Her Cause Of Death? 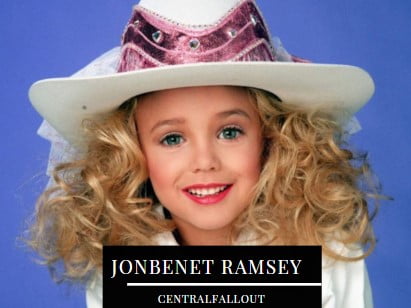 John and Patsy Ramsey found their 6-year-old daughter Jonbenét Ramsey, gone from her bed on December 26, 1996. Patsy and John woke up early to ready for a trip when Patsy found a ransom note on the stairs.

Patsy called police, as well as friends and relatives, despite the note’s admonition not to do so. Police came at 5:55 AM and found no traces of forced entry, but did not examine the basement.

What happened to JonBenet Ramsey?

Many blunders were made before JonBenét’s body was found. Friends and family roamed the house, cleaning up items and possibly erasing evidence, save for JonBenét’s room. Boulder police shared material with the Ramseys and delayed informal interviews. Detectives told Ramsey and a family friend to check the house around 1 p.m.Body of JonBenét found in basement. John Ramsey moved his daughter’s body upstairs, disrupting the crime scene and destroying evidence.

JonBenét Ramsey died of asphyxiation from strangulation and a skull fracture, according to the autopsy. Her mouth, wrists, and neck were taped. Her torso was white. Despite a sexual attack, no semen was recovered on the body or in her vagina. Makeshift garret built from cord and basement brushes.

JonBenét’s stomach contained pineapple, according to the coroner. Her parents don’t remember feeding her any the night before she died, but a bowl of pineapple in the kitchen had her nine-year-old brother Burke’s fingerprints on it.

However, fingerprints can’t tell time. The Ramseys said Burke slept all night in his room, and no physical evidence contradicted them.

The family hypothesis and the intruder theory are the two most prevalent hypotheses surrounding the Ramsey case. The Ramsey family was investigated for several reasons. Detectives assumed the ransom demand was phoney because it was similar to John’s bonus. It was also unusually long, written with a pen and paper from the Ramseys’ home.

The Ramseys first refused to cooperate with investigators, but then said they dreaded being suspects. Investigators did interview all three of the closest family members, though, and they provided handwriting samples to compare to the ransom note.

Burke and John denied writing the memo. Patsy’s handwriting suggested she couldn’t be cleared, but no more proof was found.

Despite a bigger number of suspects, JonBenét’s parents were the first to receive media attention, and they endured years in the harsh spotlight of the public eye. A Colorado grand jury indicted the Ramseys in 1999 for harming children and hindering a murder investigation, but the district attorney decided not to pursue charges because the evidence didn’t show their guilt beyond a reasonable doubt. JonBenét’s parents weren’t suspects.

Her underpants had male DNA.

Ramseys’ home had thick carpeting throughout, thus it was possible for a burglar to carry JonBenét downstairs without arousing the Ramseys.

John Karr was one of the most well-known suspects. He confessed to inadvertently killing JonBenét after drugging and abusing her in 2006. JonBenét had no drugs in her system, and Karr’s DNA didn’t match the profile.

The DNA profiles created using the sample of her underwear and the later touch DNA created using her long johns have been a major focus of the case’s inquiry in recent months. No matches since 2003.

Mary Lacy, the district attorney for Boulder, took over the case in 2006. She concurred with the federal prosecutor that the intruder scenario offered more evidence for the Ramseys’ daughter’s murder. Investigators worked with Lacy to create a DNA profile using touch DNA—DNA that skin cells leave behind—on her long underwear. As part of a 2008 statement fully clearing the Ramsey family and outlining the DNA evidence, Lacy stated:

assassination of JonBenet Ramsey has received attention on a local, national, and even an international level. Many people in the public started to think that one or more Ramsey family members, such as her mother, father, or possibly her brother, were accountable for this heinous killing. Media stories, not legal evidence, supported these concerns.

spite of the fact that DNA evidence absolved him and established the presence of an intruder, CBS’s 2016 broadcast of The Case of JonBenét Ramsey indicated her brother Burke, who was nine at the time, was the murderer. Burke sued CBS for slander. In 2019, his lawyer settled the claim “amicably.”

The investigation into the death of JonBenet Ramsey is still ongoing.