Who is Takashi Kotegawa? Decision and Trading Strategies 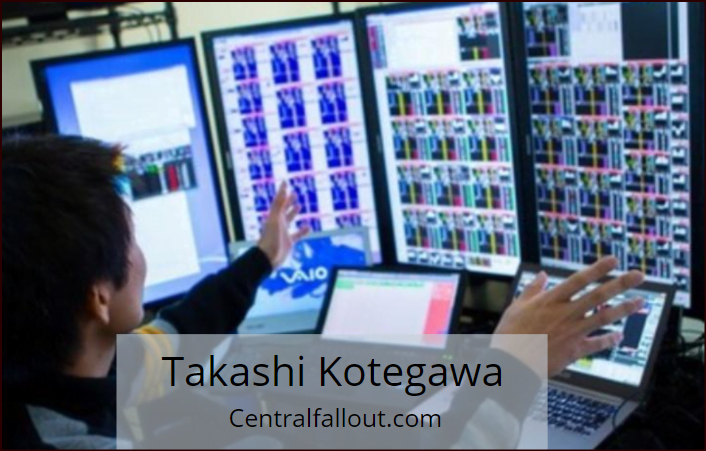 Takashi Kotegawa: Japan’s fabled “bedroom” trader, is one of the country’s most well-known intraday traders, having made a fortune trading equities on the Tokyo Stock Exchange in the early 2000s.

In just over 8 years, he reportedly built a tiny account of around $13,600 to $153 million! He made millions of dollars each trade on occasion.

Who Is Takashi Kotegawa?

Takashi Kotegawa was born on March 5, 1978, in Ichikawa, Chiba, Japan, with the chatroom handle “BNF” and the nickname “J-Com guy” in the Japanese trading community.

During the 2001 bear market, he began trading equities on the Tokyo Stock Exchange. Despite being a multi-millionaire and one of Japan’s most popular intraday traders, he is thought to be a modest man who does not buy expensive automobiles or eat extravagant dinners.

He did, however, apparently splurge on a top-floor flat, which he purchased for a stunning 400 million yen.

Takashi gained millions from a single trade in J-Com Holdings after the company went public on the Tokyo Stock Exchange in 2005.
That opportunity came from a mistake made by a Mizuho Securities trader, who sold 610,000 shares at one yen each instead of one share for 610,000 yen!

The stock price plummeted due to that massive sell order, and Takashi, of course, saw an opportunity.
While the stock was trading at a discount, he purchased 7,100 shares. He reportedly profited more than $17 million at the end of the trade, despite selling a portion of his position in the bounce and holding some shares overnight.

It’s reasonable to be curious about Takashi’s’magic approach for making millions in the stock market. But, due to a lack of relevant details, none of this has been obvious until now.

He also didn’t reveal all of his trades or much information about how he made his millions.
However, it’s rumored that he believes it’s easier to earn money in bear markets than in bull markets and that his hunt for short-term recovery plays in down equities.

Takashi Kotegawa’s trading method is known as divergence day trading. He makes decisions based on Bollinger Bands, Relative Strength Index (RSI), volume ratio, and the 25-day moving average. He is also said to enjoy buying from companies at least 20% below their 25-day moving average and profiting from the bounce.

And, because markets are continually changing, he adjusts the percentage he seeks based on the entire market and specific industries. He also understands how equities in other sectors fluctuate and how quickly they bounce and then makes his judgments accordingly.
More significantly, like all-day traders, he enjoys taking advantage of market momentum, mainly when the market is down.